With a trained eye scanning the quiet street, the thief – reciprocating saw in hand – wiggles under the parked SUV and finds the exhaust line. He winds the blade through the undercarriage and starts slicing the exhaust pipe. Two quick cuts and the catalytic converter falls free.

He slides out from under the vehicle and takes off down the street with a vital and valuable part of the exhaust system to make anywhere from $50 to $250.

This is how easy it is to steal a catalytic converter.

American Welding boasts it makes one of the best aftermarket deterrents to catalytic converter theft, the CatClamp (Patent Pending).

“We had a guy call us whose wife stopped in at a fast food restaurant to grab a bite and her catalytic converter was stolen by the time she was came back. And this was in broad daylight.”

Catalytic converter thefts remain a minor but growing problem in Canada but have become a regular occurrence in some American states – especially ones instituting emission standards like California – says Dusa.

Crooks can cut exhaust pipes or unscrew bolts, usually on SUVs because of the ample ground clearance, and make a tidy profit at an unscrupulous scrap dealer.
Though Parts Source reports a new catalytic converter usually runs between $80 and $900 depending on the vehicle, the converter itself is not the goal; for the thieves, like most things, it’s what’s inside that counts.

Precious metals like platinum, palladium, and rhodium help reduce emission toxicity and are found in many catalytic converters. The price of some of these materials on the open market can be astronomical, making them attractive targets.

At press time, platinum was selling for US$1,185 per ounce.

The inspiration for the CatClamp came in 2007 when one of Dusa’s business associate – a Detroit-area U-Haul general manager – asked him to come up with a device after a series of cat thefts from his fleet.

With over 20-years experience in the welding and metal fabricating trade, Dusa says he knew thieves were using cordless reciprocating saws so he created the basic frame to “shred reciprocating saw blades,” he says with a snicker.

The clamp is actually a cage that surrounds the catalytic converter. Two alloy collars locked at both ends are connected with heavy-duty aircraft cable, which also locks the whole unit to the frame. Installation requires common tools and about 30 minutes.

A few fabricating changes have followed in an effort to reign in costs, but the idea has basically stayed the same.

And it works too.

He says the CatClamp has had “no confirmed failures to date” in two-and-a-half years and has been adapted to fit most vehicles from cars and SUVs to school buses and ice cream trucks.

There are now three versions ranging in price from $149.95 to $349.95.
Dusa says business is slow but steady for the Toledo, Ohio-based American Welding and that it usually reflects the ebb and flows of the market price for the precious materials inside catalytic converters. He says he started seeing more media coverage in the U.S. for cat thefts within two weeks of the last big jump in the price of platinum.

There is no Canadian distribution deal in place, but Dusa is hoping to rectify that soon. In addition to going dealer direct, he is after contracts with repair and rental fleets and already counts AT&T, U-Haul and American auto parts chain Advance Auto Parts as customers in the U.S. 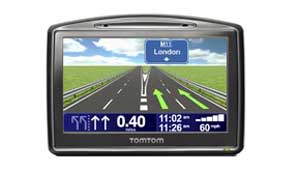 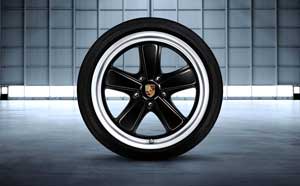