“It’s a big deal and it is going to happen,” she predicted.

Craig was the guest speaker at the Oakville Chamber of Commerce’s 62nd annual Chair’s Dinner Sept. 27.

To prove her point she showed a video of Ford researchers testing the technology.

In the video, the driverless vehicles can be seen on closed courses turning corners, stopping at stop signs and passing other vehicles.

Researchers in the videos noted that expert driving behaviour could be distilled into algorithms that can be programmed, allowing an autonomous vehicle to know how to regain control of a vehicle to avoid an accident.

Laser scanners, located on a vehicle’s roof, create a 3D picture of the world around the vehicle, allowing it to function.

Ford has announced that by 2021, the company would be selling fully autonomous vehicles.

Craig emphasized these will be vehicles without brakes, pedals or steering wheels.

Initially, the vehicles would be cruising big city streets to offer an Uber-like ride-sharing service, but without the driver.

The Ford Canada CEO said the automaker has been researching this technology for the past 10 years.

Craig noted the last few years have seen record-breaking sales for the auto industry in Canada.

She said since 2012 the automaker has invested nearly $900 million in the Oakville Ford Assembly Complex to create a global platform that now serves 100 countries around the world.

The federal and provincial governments contributed $142.5 million to help keep the Oakville Ont., plant competitive in 2013.

As a result, Craig said vehicles produced in Oakville are now shipped to China, South America, the Middle East, Africa and across North America.

Craig also noted that for the first time ever, both left-hand drive and right-hand drive vehicles are being built at the Oakville plant.

“When I came to Canada there was a lot of chatter about Canada’s competitiveness in terms of attracting investments. That was a great example that proved that Canada can compete with global markets to attract these investments. It’s made us very, very proud.”

“In fact, that investment has resulted in an incremental 2,000 jobs at the Oakville Assembly Plant so we now employ 5,200 people.”

The picture Craig painted was not all sunny.

She pointed out manufacturing in Canada has been on the decline for the last two decades and shortly after she arrived in Oakville in 2011, the Ford St. Thomas Assembly Plant in Southwold, Ont., closed its doors.

She said Ford’s ability to remain competitive and attract investments is critical.

This is important now more than ever, Craig said, as Ford hammers out a new four-year labour agreement with the labour union Unifor.

“It’s vital we get this right because obviously, without a competitive labour agreement, we won’t be able to attract new investments in the future,” she said.

“We’ve got a great working relationship with Unifor. Jerry Dias is the president, he’s just a fantastic leader and I am confident we will work through it and reach an agreement that will strengthen the Canadian auto sector.” 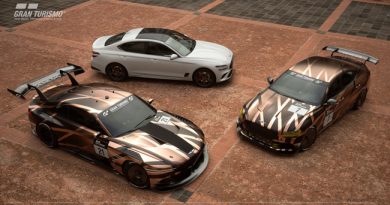 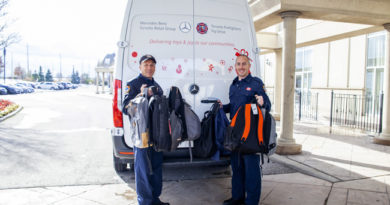