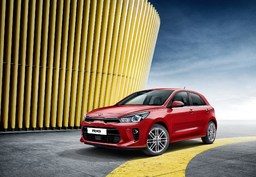 SEOUL, SOUTH KOREA – The fourth-generation Kia Rio will make its world premiere on 29 Sept. in Paris at the 2016 Mondial de l’Automobile.

But Kia Motors isn’t waiting until the end of the month to give the world a look at its subcompact. The automaker lifted the veil on the Rio on Sept. 1.

Kia’s design centres in Germany and California, in close collaboration with the company’s global design headquarters in Namyang, Korea, redesigned the subcompact.

On the exterior, the Rio wears the latest evolution of Kia’s “tiger-nose” grille, now thinner in height and wider across the front of the car.

The car’s headlamps – again, thinner and more sculpted than those of its predecessor – project a new U-shaped, LED light signature.

Changes to the front of the car, including moving the fog lamps’ position outwards within the front bumper, are designed to give the car a stable look.

In profile, the fourth-generation Rio’s longer, more balanced stance is achieved with a long bonnet and longer front overhang, a 10 mm longer wheelbase (up to 2,580 mm), a thinner, more upright C-pillar, and a shorter rear overhang.

The designers say the straight, clearly defined lines run down the full length of the car’s shoulder and along its doors, further stretching the appearance of the car for a more stable, confident look.

The rear section of the Rio is now more upright, with a near-vertical rear windscreen and a shorter overhang.

The straight line that runs from the grille, through the headlamps and along the top of the doors, continues around the back of the car, paired with thinner, more sculpted rear lamps, which now feature a new arrow-shaped LED light signature.

Like the wider-looking face of the car, the rear design of the new Rio gives it a stronger overall appearance.
Like the exterior, straight lines running the width of the dashboard  give the cabin a wider appearance and make the cabin look big.

The dashboard is angled towards the driver, and at its centre is a new infotainment system with a high-resolution touchscreen to power the Rio’s audio, navigation and new connectivity systems.

The designers have reduced the number of buttons on the centre console.

A ‘Red Pack’ for the Rio gives buyers black with red artificial leather-trimmed seats throughout the cabin.

The cabin itself features gloss black and metallic trim throughout, for a more modern finish.

Production starts at the end of 2016. 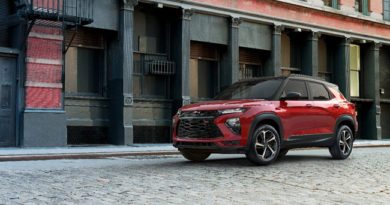 Chevy Trailblazer To Return in 2021 As Small Crossover

May 30, 2019 Tom Venetis Comments Off on Chevy Trailblazer To Return in 2021 As Small Crossover 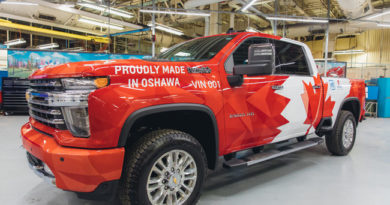 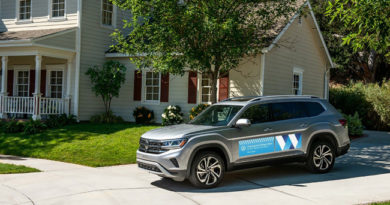