It was almost like the old days in April. No, not the sales volume – there was nothing retro about the 5.7 per cent gain that set yet another record atop a seemingly endless parade of record months.

The déjà vu part was seeing General Motors back on top of the sales chart.
It may not be sustainable, but for April at least, a 14.5 per cent surge was enough to propel Oshawa past a stagnant Ford (down 0.1 per cent) and a barely growing FCA (up only 1.0 per cent).

FCA still extended its growth streak to 65 months and retains a comfortable year-to-date lead over Ford, which fell to third for the month. And combined, Detroit continues to lose market share to the offshore-based firms, down to 43.6 per cent YTD from 44.6 per cent this time last year.

GM’s mini boom appears to have been driven largely by fleet sales. GM’s retail car sales actually swooned 16 per cent in April, but total car sales including fleet grew 11 per cent. Put another way, the fleet share of car sales rose from 27 per cent last April to 45 per cent this April.

In volume terms, GM’s big car gainer was the Chevrolet Malibu sedan, which almost doubled its sales in April; full-size pickup sales also advanced 15 per cent at the same time as GM posted almost 1,000 sales of its new midsize pickups.

In percentage terms, growth was led by the Chevrolet/GMC full-size SUVs (up 89 per cent) and their Cadillac Escalade cousins (650 per cent!).

Overall, light trucks (up 8.5 per cent in April) continue to outgrow passenger cars (2.0 per cent).

It was a good month for most franchises, but a great month for those selling European cars. The Germans, British and Volvo together grew sales 25 per cent. The aforementioned performance by the General helped Detroit achieve a 4.9-per cent gain, the Japanese grew 3.5 per cent while the Koreans stood pat at -0.1 per cent.

You might have expected Hyundai and Kia to do better considering the recent elimination of import duty on their Korean-built models.

Besides Kia (which neutralised a small gain by corporate sibling Hyundai) the only other losers were Mazda and Mitsubishi (not that there was a jinx on brands beginning with M: Mercedes-Benz reported its best month ever)

In a prepared statement, Mitsubishi sales and marketing V-P Tony Laframboise noted that retail sales were up and attributed the overall decline to a strategic decision to delay fleet sales until the fall.

Toyota meanwhile matched Ford with a 0.1 per cent decline. Falling Toyota-brand car sales took the shine off any-month record sales for Toyota trucks and for the Lexus brand. Helping the cause for Lexus is the new NX compact crossover, which has quickly established itself as one of Lexus’s best sellers, second only to the RX.

A spectacular month for Porsche saw it not only sell more than 600 cars in a month for the first time, it almost went straight to 700 with a final tally of 690. Subaru also set an any-month record in April. 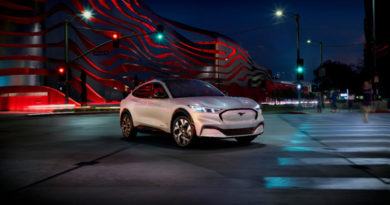