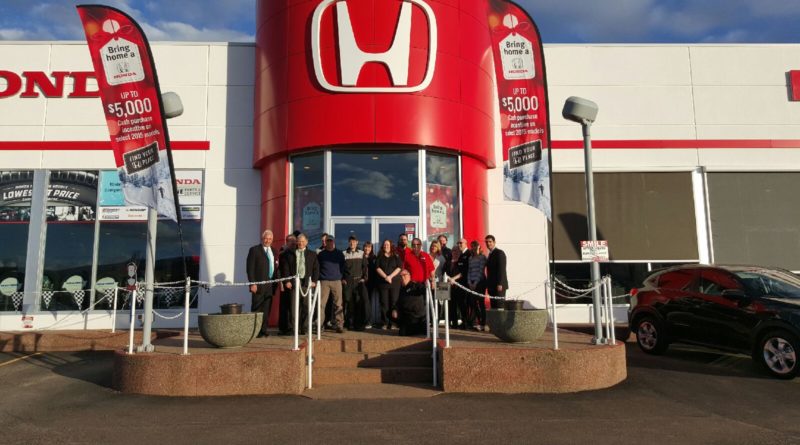 VERON, B.C. – “Family Values” is a well-worn phrase. Everyone from politicians to charity fundraisers use it to part people with their votes or money – most often both.

In the car business, it can mean something entirely different and adopting true family values translates into more consistent profitability for a dealership.

Vernon, B.C.’s Bannister Honda has figured this out and the results are increasing growth in sales for both new and used vehicles along with a collection of awards from the likes of Canadian AutoWorld, DealerRater and more.

“The business culture that was in place when we took over the dealership in 2012 needed some fine tuning,” explained Pat Loehndorf, general manager and partner in Bannister Honda. “When we took over we implemented some new policies and brought in some new people to our team.”

The end result was a small staff turnover, but the new culture cleared the way for Bannister’s new business philosophy.

Loehndorf began a program of incentives to revitalize staff morale making his people happy to go to work, which gives the customer a better experience. “I wanted to make the employees feel happy about coming to work – a family type atmosphere.”

One of the things he did was encourage both individual and group participation in the local community. He recognized the efforts of staffers for their involvement in helping with community initiatives like the annual Salvation Army’s food drive, ladies nights, art gallery fundraisers and much more.

His recognition is also more substantial.

When an employee takes part in the Bannister Honda sponsored community event, they receive a ticket for a draw held at the company Christmas party. If the employee’s ticket is chosen, then they are awarded a trip for two to Las Vegas.

Everything from preloaded credit cards to big screen TVs and hotel stays is given away at the Christmas party and everyone wins something.

Beyond that his employees receive new jackets each year. These aren’t walking billboards plastered with corporate logos, they’re more subtle and this year the only thing referencing the company is a badge indicating Bannister stood as the #1 Honda dealer in B.C, as awarded by online review site DealerRater.

An interactive training program with speakers and online education is available to staff. This helps mentor employees in the hopes of developing their career paths.

“Obviously the dealership wins if the skill set goes up,” he noted.

Loehndorf wants his employees to understand that they are all working toward the same goal. “I want everyone to look at me like a colleague. I’m no more important than the guy cleaning cars in the bays, I just have a different job and in the grand scheme of things, they’re just as important as I am.”

Sales have risen and the results of the award mean more people want to work for him than he has openings, so he can pick the cream of the crop.

Dealership Employer of Choice isn’t the only award Bannister won recently. It also took home the New Car Community Driver Award from the New Car Dealers’ Association of B.C., the 2016 Dealer of the Year Award and the 2016 Consumer Satisfaction from DearlerRater.ca along with 2015 Greater Vernon Chamber of Commerce Annual Excellence for “Employer of the Year” and “Marketer of the Year.”

Loehndorf understands how beneficial awards can be.

“Digital-age consumers are educated. People used to talk about this stuff in the coffee shop. Now they go online and do their research on the vehicle, the dealership and in a lot of cases the individuals who look after them.”

It’s prudent, according to Loehndorf, to pay attention to online reviews. They tell you whether the customer is happy or not and everyone gets reviewed. Our service advisors receive a small bonus for every positive review they get, which has helped with ownership of the program.

Last year they had 491 reviews and only four were negative.

“All the reviews are real customers commenting, both positive and negative, and it’s all part of practicing family values to make the dealership a success.”

Success on the racetrack builds messages about performance, commitment and precision

March 15, 2018 Jackson Hayes Comments Off on Success on the racetrack builds messages about performance, commitment and precision 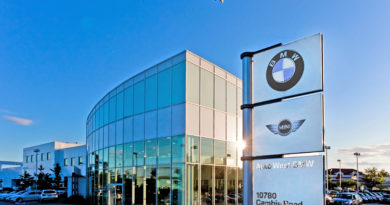 It all starts with passion

June 16, 2016 Jackson Hayes Comments Off on It all starts with passion 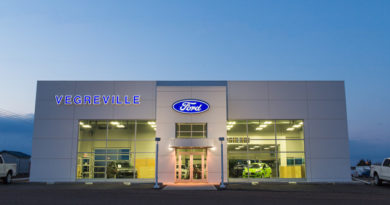 May 8, 2019 Tom Venetis Comments Off on Vegreville Ford fosters a supportive work culture that translates to supportive customer service