MISSISSAUGA, Ont. - Marshal will be featured in regional dealer promotional materials for Ram Truck in print, on the radio, web and social media.

She will also attend select Ram Truck events, such as Can-Am Equine Expo in Markham, Ont., in April, where she will host autograph sessions for her fans at the Ram Truck display.

She recently, represented Ram Truck at the Whitewater Ram Rodeo in the Ottawa Valley. Chrysler Canada said over 1,000 fans lined up to meet her and get her autograph.

For eight years, Marshall has starred as horse-whisperer Amy Fleming, the central character on CBC’s Heartland. The show is syndicated in more than 110 countries.

In 2013, she was voted “Canada’s Favourite Screen Star,” at the Canadian Screen Awards.

“I’m very excited about this new partnership with the Ontario Ram Truck dealers. It’s a perfect fit with my life and style,” she said.

“We are delighted to have Amber Marshall on board in our efforts to promote Ram trucks in Ontario,” said Sean Gibson, president of the Chrysler Canada Ontario Dealers Advertising Association.

The automaker said the partnership is part of its goal of creating a distinct identity for Ram trucks. It lets the brand concentrate on core customers and features they find valuable.

Chrysler’s Sergio Marchionne to be keynote speaker at CIAS 2014

January 30, 2014 The Premier Publications Team Comments Off on Chrysler’s Sergio Marchionne to be keynote speaker at CIAS 2014 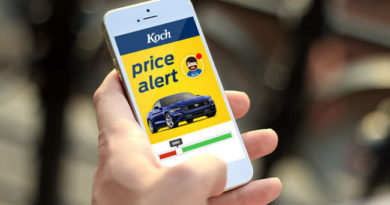 May 6, 2020 Tom Venetis Comments Off on CarGurus Continues to Support Canadian Car Dealers With Rate Reductions For June