A group of 120 U.S. dealers have filed a $50 million antitrust lawsuit against Carfax claiming the vehicle history company engages in anti-competitive practices.

First reported by Automotive News, the lawsuit alleges Carfax is “monopolistic in the sale of vehicle history reports” and that the company provides cash or non-cash marketing support to the automakers and classified sites where it has exclusive agreements.

The dealers also say that Carfax overcharges them for reports, asking up to $1,549 per month for unlimited reports depending on the number of cars in inventory.

Other services reported apparently charge $16.95 per report or a flat fee for unlimited reports.

The suit was filed in U.S. District Court in New York. The 120 claimants suggest they have to use Carfax for vehicle history reports because of exclusive agreements the company has with particular manufacturers. Without the reports, many dealers would not be able to participate in their factory’s CPO program.

Automotive News reports that more dealers are expected to join the lawsuit. 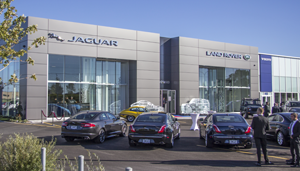 February 7, 2013 The Premier Publications Team Comments Off on Subaru returns to St. Catherines