Four straight days of record-setting crowds to open the 2018 Canadian International AutoShow set the pace for one of the strongest shows in the 45-year history of Toronto’s automotive exposition.

More than 52,000 people traveled through the Metro Toronto Convention Centre on the final Saturday. Final attendance haven’t been confirmed, but show staff indicate it is certain the 2018 AutoShow will eclipse the 339,590 people who attended in 2017.

The 10-day run had a number of highlights that kicked off with over 40 Canadian car, truck and concept vehicle unveils. Included in that were the North American debuts of the Lexus LS+ and Toyota i-TRIL concepts, the Canadian premiere of the Koenigsegg Agera RS hypercar and the reveal of the 2019 RAM 1500 Sport, a model exclusive to Canada.

The Automotive Intelligence Series, a new public education series, brought together a wide variety of industry experts from around the world to discuss vital issues concerning the future of the automobile including electrification and autonomous technology.

The 2018 show also marked 50 years of Hot Wheels with a display with Toronto’s largest Hot Wheels track, plus six life-size cars, including the Darth Vader car and the 1967 Chevrolet Camaro RS.

The Canadian International AutoShow will return to the Metro Toronto Convention Centre February 15 to 24 2019. 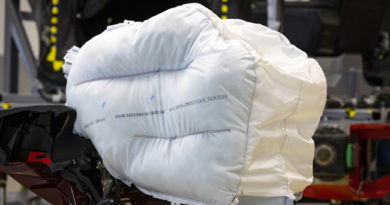