According to the 2011 PwC Automotive Dealer Trendsetter Survey, 30 per cent of automotive dealers in Canada are expected to be out of the business or semi-retired in the next 12 months.

Three quarters of single point dealers surveyed expressed their plan to be completely out of their stores within 10 years, which means by 2021, there could be a complete “changing of the guard” at single point dealers across Canada, this excludes dealerships controlled by groups.

“With so many auto dealers planning to leave, the potential for further dealer consolidation and the rise in new owners is expected to be high,” says Damian Peluso, national automotive leader with PwC. “There's going to be an unprecedented opportunity for existing dealer groups to acquire additional stores.”

The possibility of new blood taking over and/or acquiring new stores is also expected to increase, but 38 per cent of current dealers are not expecting to transfer ownership to a third party. A majority (74 per cent) of auto dealers would like to keep the business within the family.

Peluso says the reason for this may be that 87 per cent of dealers today have more than half of their family wealth tied up in their dealerships, which includes the related real estate.

Despite that, it is believed that most dealerships won't stay in the family. In spite of wanting to hand down the dealership to a family member, less than half of the dealers surveyed believe this will actually happen.

“The lack of planning and transition strategy is a contributing factor as to why the likelihood of a family succession will be unsuccessful,” says Dennis DesRosiers of DesRosiers Automotive Consultants.

“Whether dealers are preparing to sell or not, good succession planning has never been more critical, given the economic instability we see in the world today.” 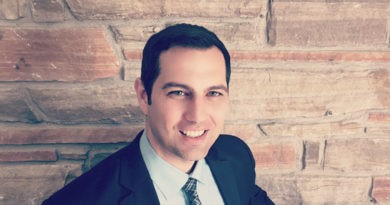 Tracker aims to take glitches out of vehicle delivery

August 15, 2016 Lawrence Papoff Comments Off on Tracker aims to take glitches out of vehicle delivery

May 31, 2013 The Premier Publications Team Comments Off on New name, facility for BC Mercedes-Benz store