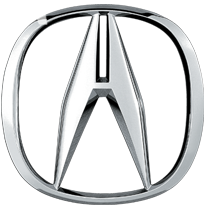 Acura announced Sept. 26 that with the sale of a 2017 Acura RDX to customer Baharak Ayenesima in Toronto, the OEM had sold 500,000 cars in Canada.

The sale could not have come at a better time as Acura prepares to celebrate the 30th anniversary of its arrival in Canada, the first Japanese luxury automotive brand to come to Canada.

As the 500,000th customer, Ayenesima was honoured with a commemorative gift in appreciation for helping Acura observe the significant achievement.

“We’re extremely proud of what we’ve accomplished since our early days and selling half-a-million Acuras to Canadians is testament to our luxury products and continued growth,” said Gary Gill, senior manager of Acura sales and marketing.

“As we close-in on 30 years in Canada, we have 51 dealers across the country and an unparalleled line-up including the new NSX super car, the restyled MDX, the first in Acura’s lineup to sport the new Precision Concept design direction and the award-winning RDX luxury SUV.”

Acura has grown from 20 dealers in 1987 selling two models in Canada – Legend and Integra – to a current network of 51 retailers marketing a full line-up of luxury sedans, SUVs and a supercar.

Ninety-nine percent of Acura vehicles sold in Canada are built in North America, including the RDX.

Since developing the 1997 Acura CL Coupe, a number of Acura models have been designed and developed with leadership from the company’s North American R&D operations, including the current Acura TLX, all three generations of the Acura MDX and the 2017 Acura NSX.