LLYOYDMINSTER, ALTA. – The Alberta Motor Vehicle Industry Council says consumer complaints about a direct marketing campaign led to the issuance of a number of director’s orders to cease the advertisement and clarify it for consumers.

The dealership, however, disagrees with the agency’s findings telling local media it feels the campaign wasn’t misleading. A decision by the store to appeal the ruling hadn’t been made yet.

AMVIC says it felt the ads indicated the program was provincially backed and informed consumers that Denham Chrysler could lower current car or insurance payments, regardless of how much the consumer owes, as well as providing a one-time payment of up to $20,000 cash back.

AMVIC said that campaign appeared to be an official government-issued document that was timed near the deadline for filing 2015 individual income tax returns.

“This type of misleading advertising and in some cases, the request for consumers to share personal information such as their income tax notice of assessment is not being tolerated,” AMVIC said in an April 20 release.

“One of the ads also encourages consumers to provide the personal information of possible co-signers if there is a concern that ‘credit history is below average.’ ”

AMVIC’s director’s orders were, among others, to immediately cease any and all further distribution of the ads, prominently post a clarification at its dealership and on its website or through a publication and ensure staff are familiar with their obligations under the Fair Trading Act.

“Anyone else I’ve asked, it’s just their interpretation that they feel it’s a little misleading, and we don’t feel it is,” Moll told the Lloydminster Meridian Booster.

“That’s their opinion, and that’s what they’re there for, and we will decide if we’re going to arbitrate it after the sale is over.”

- With files from the Lloydminster Meridian Booster 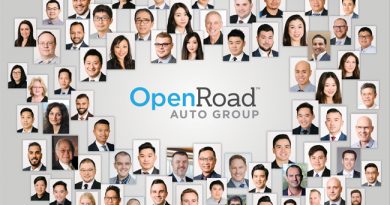