According to JD Power’s latest Power Information Network (PIN) Powerplay release, the Audi A4 sedan is attracting a “somewhat older typical buyer” of about 54 years old, in comparison to all other models in this competitive set except the Cadillac CTS and Lincoln MKZ.

“In addition, 50.8 per cent of A4 sedan buyers are female, which ranks the model near the top of this competitive set but still considerably behind the Lexus IS 250,” the release continued.

JD Power figures show that slightly more than one-sixth of all A4 sedan transactions to date have included a trade with 5.0 per cent of these trades being “upside down” (the amount of the outstanding loan exceeded the value of the trade-in vehicle), which ranks it second in this competitive set and just marginally ahead of the Cadillac CTS.

Fewer than two of every 10 Audi A4 transactions were cash deals (a category that includes transactions in which the customer obtained a loan privately), mirroring trends of the BMW 328i and Infiniti G37.

“Also,” it continues, “approximately 44 per cent of all A4 sedan customers chose to lease, which is in line with the lease penetration of the Acura TL.”

The retail turn rate of the A4 sedan sits at slightly more than 2 weeks, the lowest turn rate in this competitive set by a very wide margin. 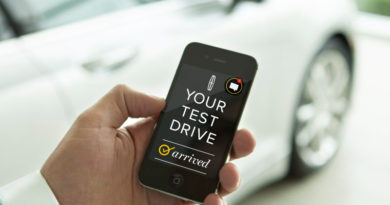