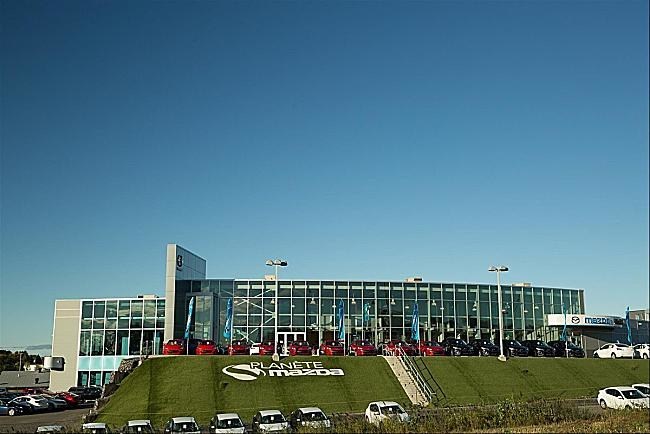 MIRABEL, QUE. – AutoCanada said it has agreed to purchase 90 per cent of the issued and outstanding shares of Planète Mazda, which has operated in the greater Montréal region for close to 30 years.

The acquisition is the first Mazda dealership for AutoCanada and becomes its 23rd brand. It is also particularly noteworthy as Mazda Canada had been one of a handful of automakers that previously opposed public ownership of any of its franchises.

The store is located a short distance from Montréal on the north shore in Mirabel and brings the number of AutoCanada dealerships in the region to four.

“This is a very important acquisition for AutoCanada,” said Steven J. Landry, president and CEO of AutoCanada.

“The Loiselle family has established a strong presence in the area and we look forward to partnering with Sylvain Loiselle and the entire Planète Mazda team to accelerate their growth. The acquisition marks the addition of a new brand to our portfolio and the start of our relationship with Mazda Canada. It advances our strategy of adding new brands in metropolitan areas to expand and diversify our dealer network and drive sustainable long-term growth.”

Mazda Canada executive Dave Klan said they are pleased to welcome AutoCanada to the network noting it has acquired a well-performing dealership in a key market for the company.

“The Loiselle’s have built a wonderful facility and have been an important part of the Mazda family in Canada for years,” Klan said. “With Sylvain Loiselle remaining as dealer principal, as well as the addition of a talented team at AutoCanada, we see great things ahead for Mazda with this change in ownership.”

As part of the transaction AutoCanada will lease the dealership lands, including a 35,000-square foot facility with its 18-car showroom and 22 service bays. In 2016, Planète Mazda retailed 1,059 new and used vehicles.

Sandra Lemaitre of Mazda Canada told Canadian AutoWorld the continued proliferation of dealership groups in recent years has demonstrated these larger companies can bring real value to the retail side of the business through efficiencies and best practices.

“In addition, for this agreement in particular, Sylvain Loiselle will remain on as dealer principal so we will continue to have that personal relationship,” she noted.

That deal saw Anthony Taddeo come in as an equity partner representing the brand and the dealership in the marketplace. At the time, Mercedes-Benz Canada president Brian Fulton said Taddeo’s stake in the deal – he runs the day-to-day operations with AutoCanada as the majority shareholder – was pivotal to final approval.

Mercedes-Benz Canada had also previously resisted public ownership of any of its retail locations.

The deal for Planète Mazda is subject to customary closing conditions and approvals and is expected to close within 30 days.