AutoCanada’s recent acquisition of a 15-store platform in Illinois has opened new relationships with brands that it specifically could not represent in Canada.

“This is a deal aimed at establishing a relationship with these brands in the hopes of opening up opportunities in Canada,” said one industry expert from the show floor at the recent National Automobile Dealers’ Association annual convention and expo who wished to remain nameless.

Grossinger Auto Group is a family-run operation that has retailed cars in Illinois for 90 years. It generated revenue of $513 million (all figures Canadian) in 2017 from dealerships representing 11 different manufacturers. The acquisition includes eight metro dealerships in Chicagoland, selling and servicing five different brands.

The agreement also includes six luxury and premium brands in an auto mall under one roof in Bloomington/Normal, Illinois, approximately a two-hour drive southwest of Chicago. In 2017, the acquired dealerships sold 7,626 new vehicles and 7,304 used vehicles.

“The U.S. market provides AutoCanada with highly attractive growth opportunities,” the company wrote in a release.

“While AutoCanada broadens its relationships in the U.S., the current growth strategy and performance strength in Canada remains on track. Grossinger offers well-established assets, a large customer base and significant potential benefit that could be realized through the implementation of enhanced marketing and customer relationship management practices.”

AutoCanada chief Steven Landry called the move “pivotal” and noted it was exactly the kind of acquisition that will be instrumental to accelerating the company’s growth.

“It is a well-established business that is immediately accretive to our earnings and brings new valuable OEM relationships. Acquiring a cluster of dealerships in Chicago gives us a significant presence in a major urban market and follows our pattern of success in Canada,” he said.

A majority of the acquired dealerships will continue to operate under the Grossinger name and local store leadership and staff will be encouraged to remain, ensuring continuity in each dealership. As is the case in Canada, success in U.S. automotive retailing is enhanced through longstanding relationships with customers who have been well-served by local dealers.

AutoCanada said it had existing senior management talent with prior experience in the U.S. which it will draw from to build on the continued success of the Grossinger business. Richard Zanetti, an experienced dealer operator from New York, will oversee the platform of dealerships. Zanetti currently leads AutoCanada’s dealership platform in Calgary and will relocate to Chicago to manage the newly acquired group.

He will also have a localized U.S. management team in the Chicago area to assist in operating the dealerships.

The group also has a wealth of cross-border experience in its CEO. Landry spent 12 years in Detroit working with Fiat Chrysler Automobiles leading U.S. sales and marketing, including direct oversight of corporately owned retail dealerships. He is a dual American-Canadian citizen and will be the responsible executive for the dealerships. 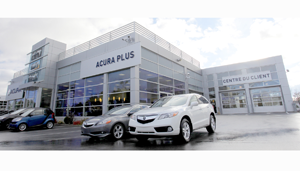 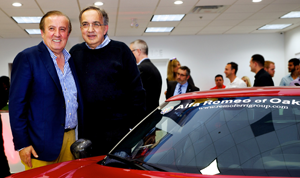