EDMONTON, ALTA. – AutoCanada Inc. has revised its policy and will double its annual dividend from 20 cents to 40 cents per share.

The move comes following an independent board review of its business plan. The company said the dividend policy will be reviewed on a quarterly basis and adjusted, as required, to meet market conditions.

According to a release, a quarterly dividend of 10 cents per share will be paid Sept. 15 to shareholders of record on Aug. 31.

In announcing the increased quarterly dividend, Pat Priestner, AutoCanada CEO, said he was very pleased that the strong financial results of AutoCanada during 2011 have allowed AutoCanada to “significantly increase its dividend.”

In addition, AutoCanada announced that the independent board had adopted revised guidelines regarding future dealership acquisitions the purpose of which is to support the company’s revised higher dividend payout policy, which will result in fewer acquisitions in the current environment.

“In view of the previously announced resistance of a number of manufacturers to public ownership, returning a significant portion of our earnings to our shareholders as dividends is believed to be in the best means by which to maximize shareholder value,” said Gordon Barefoot, chair of AutoCanada.

AutoCanada also stated it has further amended its previously announced policy regarding the private purchase of certain dealerships by Priestner. According the company, Priestner and senior management “shall be permitted to privately purchase dealerships which the company either cannot purchase, or which it chooses not to purchase.” 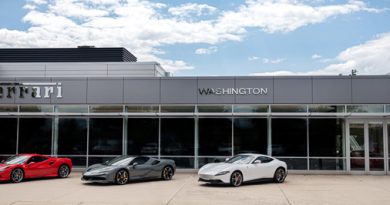