VANCOUVER, B.C. – BMW is the latest automaker in Canada to look outside the traditional dealership for retail sales and brand building.

Following on the heels of Toyota, Porsche and others, the OpenRoad Auto Group has opened BMW Canada’s first “pop-up” store at Oakridge Centre in Vancouver.

The temporary retail location in the mall is, according to the dealership group, aimed at creating “brand enthusiasm in a unique high traffic venue and ultimately drive sales back to The BMW Store.”

“We’ve already seen that by bringing our product to a venue where our customers are already shopping is proving to be a beneficial marketing strategy for our dealership,” said Dimitri Kotsalis, general manager of Vancouver’s The BMW Store.

“We’re seeing great potential by positioning the brand in this non-traditional setting and the response so far has been very positive.”

The BMW Store Pop-Up Shop has a 7 Series and X1 on display along with a selection of BMW merchandise.

Although the temporary location doesn’t allow direct sales, it’s managed by OpenRoad associates who can provide information, register visitors for test drives and connect customers directly with sales associates at The BMW Store.

Oakridge Centre is located in an upscale Vancouver neighbourhood and is considered one of the city’s premier luxury malls with many high-end retail tenants like Michael Kors, Coach, Hugo Boss and Montecristo Jewellers.

BMW North America has tested its own pop-up store concept in at least one location so far in the United States but has yet to bring the program to Canada.

OpenRoad runs two BMW dealerships – The BMW Store and BMW Langley – and said it is using the dealership-run store as a model for future pop-up locations.

The mall location is open during regular mall hours through to the end of September. 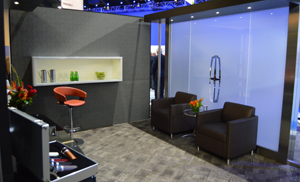