WINNIPEG, MAN. – Hot on the heels of its acquisition of Steinbach Dodge Chrysler on Dec. 1, the Birchwood Auto Group has struck another deal to increase its footprint beyond Winnipeg.

This latest acquisition brings the total number of brands under the Birchwood banner to 19 (at 17 locations mainly located in Manitoba) as Chipman continues to grow the business outside of Winnipeg.

Within in the past couple of years, the Birchwood Group has also acquired a Nissan store in Brandon and a General Motors store in Cavalier, North Dakota.

According to local media, Garnet Goud got his start in automotive retail as a sales rep for McMillan Motors in Kipling, Sask. At age 23, he was offered the opportunity to become a partner in South Park Ford Mercury in Carlyle.

His partner reportedly bought him out three years later, at which time McMillan partnered with Goud and purchased Moose Mountain Pontiac Buick in Carlyle. The pair renamed the dealership Carlyle Motor Products.

Goud went on to acquire Merit Motors in Carlyle as well as Ford stores in Esterhazy, Virden and Roblin and a Dodge Chrysler store in Indian Head, Sask.

Steve Chipman notes that he and his management team are not planning any changes at their new stores. Darin Banga and Keith Fast will remain in charge of the Virden and Roblin stores respectively with Ryan Vogel continuing to lead the sales team at Carlyle Motor Products.

Virden is a community of about 3,300 located approximately 380 kilometres southwest of Winnipeg in the southwest corner of Manitoba near the Saskatchewan border in oil country.

Roblin is a town of about the same size also located near the Saskatchewan border (about 400 km northwest of Winnipeg). Carlyle is in the southeastern end of the province and boasts a population of about 1,500.

Virden Ford (which Goud acquired from the Nield Family in 2007) has a staff of roughly 25, Merit Ford a complement of 20 and Roblin Ford about 15.

The three dealerships have been mainstays of their communities for decades.

“We like the opportunities that we see in rural Manitoba and elsewhere on the Prairies,” Chipman says. “We are planning to continue to invest in communities in the Prairies Provinces.”

– With files from The Carlyle Observer 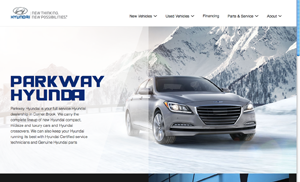 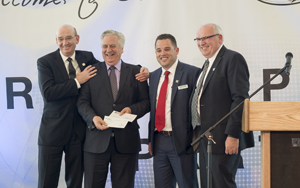