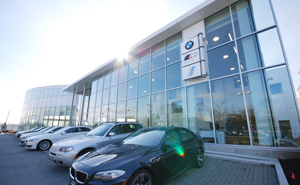 It is a landmark year for BMW.

After more than seven years of research and brand development, the automaker is ready to launch its new electric vehicle i sub-brand in Canada.

Mathew Roden, i brand manager at Oakville’s Budds’ BMW, expects the dealership to receive 25 to 30 i3s with four pre-spec, demo vehicles by May 15.

He expects the first customer-spec production vehicles will arrive in early June, just in time for the dealership’s official i launch on June 11.

The second vehicle, the significantly sexier and pricier BMW i8 – a $150,000 two-seat, sports car with scissor-doors and a front-mounted electrical drive system coupled to a 1.5-litre three-cylinder gasoline engine – will be added to the network in September.

However, with 16 customers already on Budds’ i8 waiting list and only three or four vehicles scheduled to arrive at the store in the first year, many i8 customers across the country will have to wait months or even years to drive one home.

“This is one of the most exclusive cars in BMW’s history,” said Roden. “There will never be one sitting here for somebody to come in, drive and buy that day. They will be spoken for years in advance.”

Joachim Neuman, dealer principal at Auto West BMW in Richmond, B.C., said the initial i brand vehicle production would be limited, though volume should ramp up later in the year. He cautiously estimated 450 to 460 i3s and about 60 to 70 i8s would be delivered nationally in the first year of production.

Sales of the i3 have already started in Europe and BMW global sales chief Ian Robertson told crowds at the North American International Auto Show in January they have received roughly 11,000 orders worldwide for the car.

In the Dealership
“There are certain requirements to sell and service the BMW i brand,” Belcourt told Canadian AutoWorld at the Canadian International AutoShow in February.

“That will happen inside the showroom, inside the service area and outside on the façade of the retailers.”

While BMW dealers are not required to create a new, standalone showroom they have had to designate a portion of floor space to create a showroom within a showroom for i vehicles.

At Auto West BMW, Neuman added a 1,200-square foot wing to his dealership in order to accommodate the new brand. He said his million-dollar expansion also features another $150,000 worth of i brand showroom elements.

The new wing, completed just a few months ago, will feature a new electric-blue, pine-look display platform for the vehicles – similar to the display platform the automaker used at Canadian auto shows earlier this year.

“We’re waiting for the platform and a few other elements that will incorporate a whole different look for the i brand within the showroom environment,” he said, adding he would have the kit to finalize what the showroom will look like by mid April.

According to Roden, an i brand display area will feature its own distinct floor along with a large display board that will let customers easily touch and feel various interior trim choices.

Dealers will also have a charger mounted on the backdrop of the display wall to familiarize customers with the charger setup.

“People can get comfortable plugging it in and out of the car,” he said.

Final costs for i image requirements were not revealed.

The new vehicles will also have their own requirements in the service department.

Richmond-based Auto West purchased $50,000 worth of new tools in order to service the i3 and i8.

“It will be a totally separate area. There are concerns about batteries and safety and all that needs to be understood,” Neuman said.

Auto West’s i technical assistance area is built into the rooftop in a three-bay area previously used to recondition used cars. The dealership will choose two full-time mechanics and one part-time “floater” to service the brand.

“We will hand pick technicians that want to go down that road…They will be specialists for that technology,” the dealer added.

Both Neuman and Roden anticipate the i3 would require minimal service. It features a standard eight-year/160,000 km warranty with a battery life guarantee to 70 per cent of its original charge capacity.

“Unlike other manufacturers we actually have 12 modules of batteries that have individual modules inside of them,” said Roden. “And we can replace just that individual pack.”

In fact, with a passenger cell constructed entirely of carbon fibre reinforced plastic (CFRP), Roden anticipates the i3 will breeze through services.

Unlike traditional steel body panels, CFRP cannot be dented or fixed. However, using a simple cut-and-bond process similar to steel bonding (but with a different heat source), CFRP panels can be simply bonded together.

“It’s actually easier and faster to fix than our steel cars,” he said. “So, it’s a plus.”

Marketing Plans
In order to familiarize customers with the i3, both Budds’ BMW and Auto West BMW said they would hold test-drive events at the end of April.

Budds’ has secured two corporate i3s for its event reporting that, as of press time, the dealership had booked 27 out of 114 half-hour-long time slots.

Due to the limited allocation of i3s in the first production year, many of the  retailers chosen do not plan to aggressively market the vehicle.

“I think everybody is trying to do it on a soft approach,” Neuman said.

He said the Richmond area in particular, due to the public transport options and the short average driving distances, presents a feasible electric vehicle environment. He noted he would contact local civic authorities, city council and the airport in its effort to promote i.

Regardless of production guesses and marketing plans, one thing for certain is that this venture is not going away.

“I brand will definitely be developed into further cars,” Roden said. “We’re not stopping with the i3 and i8.”

Requests for further information regarding the retail plan, dealership requirements and costs were made to BMW Canada but officials would not comment further. 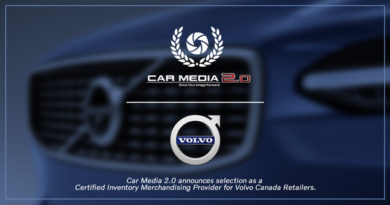 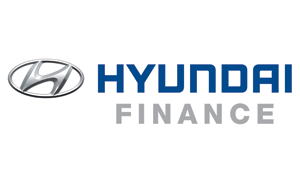