GAC Motor, after showcasing its product for the first time ever in Detroit at the North American International Auto Show in January, came to NADA in March looking for dealers.

Reports from executives following the show indicate the appearance at NADA 2018 was a great first step towards building a retail network.

“The NADA show has surpassed our expectations,” said Yu Jun, president of GAC Motor. “We have met hundreds of U.S. dealers who have expressed genuine interest in working with us as we launch GAC Motor in the fourth quarter of 2019. This has been a wonderful three days,” he said.

Despite the post-event optimism, representatives at the booth who did not want their name published confirmed a Canadian dealer network is not part of the initial launch plan.

“We want to enter North America but the U.S. market will be first. Then we will go to Canada but later than 2019,” the rep said.

Executives are hoping to establish a network of stores on the east and west coasts of the U.S. first before expanding to the central and southern states.

No answer was provided when the representative was asked how many retail points the brand is targeting. There were also unable to provide estimates on expected retail volume or what American stores would look like in terms of size and overall corporate image.

That ambiguity aside, what is for certain is what models GAC Motor wants to bring to our roads. Their initial entry will be the GS8 SUV. Released in October 2016, it is a top-ranked model in China’s seven-seat SUV segment. The automaker will also retail its GM8 minivan, GA4 sedan and its’ best-selling unit, the GS4 mid-sized SUV. The latter ranked among the top three in China’s SUV market with 841,410 cars sold since April 2015.

The company said it had even reached preliminary intent of cooperation agreements with multiple dealers representing distribution channels all across North America.

Lithia Motors reportedly expressed as did a few other larger groups.

John North, senior vice-president, CFO and principal accounting officer of Lithia Motors, noted GAC will be the first new brand to enter the U.S. market in 20 years, and that he’s impressed by GAC Motor’s products. 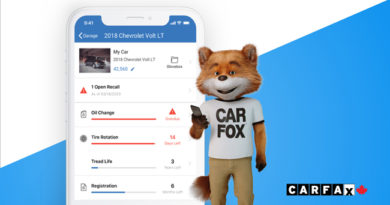