WINNIPEG, MAN. – More than 200 loyal customers, as well as top Mazda executives from across Canada, came out on May 11 to celebrate Gerry Gordon Mazda’s 40th anniversary.

They were treated to food and wine, two cakes and live music provided by Glen Williams and his Rockalypso band (including former Gerry Gordon Mazda sales rep Doug Wilsonon guitar).

“We have 165 dealer partners from coast to coast,” Klan told the crowd. “Only 12 go back to Mazda Canada’s early years [Mazda Canada was founded in 1968] and only one – Gerry Gordon Mazda – still has the original dealer principal.

“Over the years, Gerry has displayed a strong commitment to his customers and to Mazda. Over 40 years, this dealership has delivered 12,000 new vehicles and registered more than 50,000 customer service moments.”

Following congratulatory remarks from Kondo, Rod Gordon (Gerry’s son and the dealership’s sales manager) recalled how Gordon, a race car driver and son of a “car guy” from Northern Ireland, came to Winnipeg in 1967 with $50 in his pocket to start a new life.

Gordon first acquired a garage, Coventry Motors, that specialized in repairing British imports.  In 1977, he came to an agreement with Mazda Canada to open a Mazda dealership in the city.

“That was the best decision I ever made,” Gordon said in his remarks.  “Our continued success through the years has been a testament to our relationship with Mazda, the quality of the product and the people of Winnipeg who have been our loyal customers over the years.”

He also praised his team of Mazda Canada advisors and his own dedicated staff – and his wife and partner, Patty.

“We are looking forward to many more years working together with Mazda Canada as part of the Mazda Canada team.”

The store has been at its present location at the Waverley Auto Mall in south Winnipeg for three-and-a-half years. At 18,000 square feet, this location is three times the size of the original store. The showroom has space for eight vehicles as compared to five before, and 12 service bays where the old building had eight. The new store stocks about 300 new vehicles. 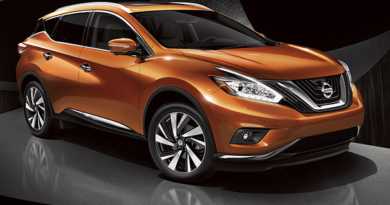