Ontario Premier Kathleen Wynne made public on Aug. 11 what the government calls the “key elements” in the design of the Ontario Retirement Pension Plan (ORPP), which the government claims will give “about 3.5 million workers … a predictable, reliable and inflation-indexed stream of income in retirement.”

One of the key issues for the Trillium Automobile Dealers Association is the issue of comparability – which dealer-funded pension schemes would meet the government’s standards.

The government’s definition of a qualifying plan is one, which meets a “minimum contribution threshold, [is] locked in and … regulated by existing provincial pension standards.”

The government says some defined contribution plans meet the definition.

“The Trillium Auto Dealers are encouraged by the Ontario government's move to expand the definition of comparability to exempt some defined contribution pension plans under the ORPP rules,” says Frank Notte, the TADA’s director of government relations, in an email.

“That combined amount is more than double of the ORPP's threshold of 3.8 percent (1.9 percent employer contribution matched 1.9 percent by the employee).”

Notte says the news that the government found Group RRSPS incompatible with the ORPP scheme is “extremely disappointing.”

The government says it is slowing the phase-in. Medium-sized firms – those with 50 to 499 employees without registered workplace pension plans – will not have to begin contributing until 2018, two years after the plan begins in 2017.

Firms with fewer than 50 employees without registered workplace pension plans will not have to start contributing until 2019.

Employers with a plan that is not modified or adjusted to meet the comparability test must begin contributing in Jan. 1, 2020.

The ORPP Administration Corporation will contact all Ontario employers in early 2016 to verify their existing plans.

Since the federal government has refused to let the province use the Canadian Revenue Agency to supply administrative services for Ontario’s plan, the provincial government says it will pay the ORPP’s administration costs out of general revenue, not out of contributions.

“These issues combined with the unknown cost of how much it will cost the government to administer the ORPP, [means] Trillium remains very concerned about the ORPP and its effect on the increasing cost of doing business in Ontario,” says Notte. 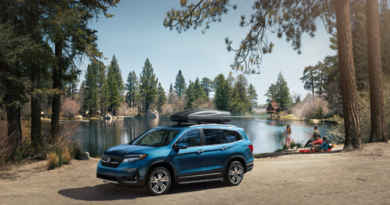