TORONTO, ONT. – Closing arguments are set to start Wednesday morning in the massive class action lawsuit launched against General Motors of Canada and a high-profile law firm by a large group of former dealers.

The plaintiffs in the case, represented by Trillium Motor World but composed of roughly 180 so called “deleted dealers,” are seeking $750 million in damages from the automaker and Cassels Brock and Blackwell (CBB) related to the May 2009 dealer wind-down agreements.

The case, which has not received much public attention since starting in Toronto on Sept. 9, is expected to wrap this week after a few days of final arguments.

Justice Thomas McEwen is not expected to make a ruling for several months.

David Sterns of Toronto law firm Sotos LLP, which is representing the dealers, said there is a lot of information to consider before a ruling is handed down.

The class consists of a group of dealers who signed the wind-down agreements that effectively terminated their franchises during GM’s bankruptcy restructuring in 2009.

GM had originally culled 240 dealers from its network as it shuttered Pontiac and attempted to sell Hummer and Saab. Sterns said 33 refused to sign the agreement at the time.   “Some dealers sued separately and have settled cases with GM,” he told Canadian AutoWorld earlier this year.

“This class represents the dealers who did sign the agreement. There were 207 who signed, roughly 20 have opted out – mostly because they had ongoing relationships with General Motors.”

Trillium Motor World brought the action under Ontario’s Class Proceedings Act. The members of the class include dealerships in every province.

The crux of the case rests on Canadian franchise law. The plaintiff class asserted GM breached franchise laws in connection with the agreements GM obtained from the dealers it selected for elimination as part of the government bailout agreement.   The bailout was the largest government subsidy given to a corporation in Canadian history topping out at over $13.7 billion (federal and Ontario government combined).

A statement of claim filed in court in January 2010 alleged CBB failed to disclose to the dealers chosen for deletion that it was simultaneously acting for the Canadian government in the GM auto bailout and, as a result, breached its duties to the dealers.

An early estimate provide to Canadian AutoWorld prior to commencement of the case was that the trail would last roughly four weeks. That length has more than tripled and nearly stretched out to four months.

This will be the first well-known case the automaker will settle this year. Just prior to the start of the Trillium trial, 17 current GM dealers from the Greater Toronto Area filed a lawsuit seeking $400 million in damages alleging that, among other things, the automaker failed to provide financial support and chose instead to pro up dealers in major U.S. markets during the downturn.

Those claims have not been proved in court. 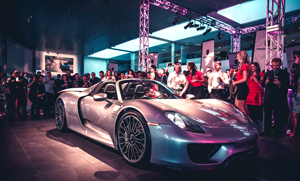 Performance Incorporated and DrivingSales team up

May 31, 2013 The Premier Publications Team Comments Off on Performance Incorporated and DrivingSales team up 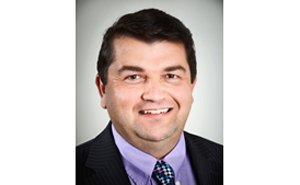 Dealing with an increasingly litigious world is costly

August 8, 2013 The Premier Publications Team Comments Off on Dealing with an increasingly litigious world is costly