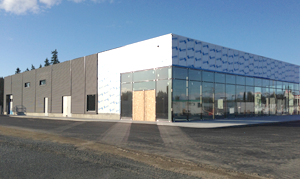 CAMPBELL RIVER, B.C. – Scott Kilby will be a happy man once he sees the last piece of inventory drive onto his new lot and he officially opens the new Campbell River Hyundai for business.

The young dealer has the distinction of being one of, if not the first, Hyundai dealer in Canada to open under the new corporate image guidelines. And while he is proud of the honour, the title did not come without its share of strife.

Kilby told Canadian AutoWorld last summer he was well into the planning stages for a new, ground-up build when he was told, ahead of Hyundai Canada’s dealer network meeting in June, of the worldwide Global Dealership Image Space Identity (GDSI) program.

While he was happy to comply, that meant heading back to the drawing board, ordering new materials and having permits reissued by the municipality.

Town council was on board with the change but city staff in the small city 32,000 on the east coast of Vancouver Island did not seem impressed with the alterations.

City planner Chris Osborne advised council in late October that the look was different from the one city council had approved in June and strayed from the city’s Sustainable Official Community Plan (SOCP) guidelines.

“This backwards design ‘creep’ serves to undermine much of the positive development that Campbell River has seen over the last year,” Osborne wrote in a report to council republished in the Campbell River Mirror in late October.

Kilby reported that staff was particularly unhappy with the removal of a vertical tower splitting the middle of the building.

SOCP requirements stated, “rooftops should be punctuated by special features that enhance the skyline” in order to improve the effect of “large uninteresting buildings close to the highway.”

Colour was also an issue as GDSI calls for a striking bronze exterior colour and metallic tones instead of the current blue and white scheme seen at Hyundai stores.

Though council eventually approved the new design, they were back at it roughly a month later because of issues surrounding the store’s new pylon.

Osborne said the sign was larger than the maximum size allowed under the city’s sign bylaw. Though the owners applied for a variance to increase the size allowed, Osborne was quoted in the local paper saying the size limit was established to prevent overly large signs, which generally become more unsightly the larger the area.

The proposed sign was eight feet wide by 21 feet tall.

Hyundai architect Tom Dishlevoy told council the new sign will actually be an updated version of the old sign and that the base was increasing the size of the sign and putting it out of compliance.

City council again sided with the store leaving Kilby and his staff to focus on finishing the final touches.

“We are very fortunate that our city counsel sided with us on the sign and development permit issues with our city staff, earlier in the fall,” Kilby says.

“The dealership is almost complete. Currently the tile, flooring and woodwork are being installed. Our completion date is December 15. Our plan is to have the staff, parts, service hoists and vehicles moved over by December 19.”

- With files from The Campbell River Mirror 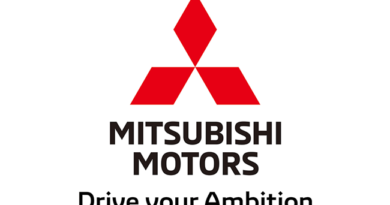 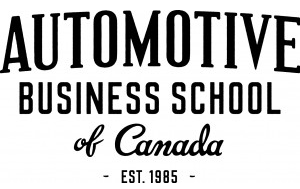