The Trillium Automobile Dealers’ Association is firing back after a consultant’s report in Mississauga targeted car dealerships as threats to intensification.

With land a precious commodity, a consultant’s report entitled Municipal Comprehensive Review of Employment Lands was presented to the planning and development committee recommending the city limit the number of new and used-car dealerships.

Large, sprawling lots, low employment density and lack of prime real estate were among the many concerns raised in the report about car dealerships.

TADA President Bob Redinger said in a statement issued the following day that he was disappointed the report had recommended slamming the brakes on building new car dealerships or expanding existing ones in Mississauga.

“In order for new car dealers in Mississauga to remain competitive and grow, city council should be a willing partner to help facilitate the many dealerships that are re-imaging their store front,” said Redinger, whose Ready Honda franchise has called Mississauga home since relocating there in 1987.

“Mississauga has a long-standing reputation of being open for business. Limiting the opportunity for new construction or remodelling of dealerships will restrict economic activity – something that works against the residents of Mississauga.”
That concern was echoed by coun. Karen Ras, who argued dealers struggle with land availability just as much as every other developer or business owner.

The updated figures confirmed there are 121 automotive dealerships city-wide.

Expected to grow at a rate of one per year, with each taking up an average of 1.5 acres of land, the report predicts that by 2041, 17 per cent of the city’s remaining 1,932 acres of employment land will be taken over by car dealerships.

Coun. Nando Iannicca said the report unfairly targeted the industry and will hurt business owners hoping to expand their lots.

“We need to allow these people to remain competitive,” he said, adding they create jobs for the community.
But not as many jobs as an industrial building or a multi-storey office tower, the report contends.

“This is really about getting out ahead of things because they are changing very quickly,” said Ed Sajecki, the city’s commissioner of planning and building.

The TADA said Mississauga’s city council must also be aware that the size and structure of new car dealerships are mandated by the manufacturer.

“That means as a dealer – I have no say about what kind of new building I must build if renovating my dealership,” Redinger added.

– With files from The Mississauga News 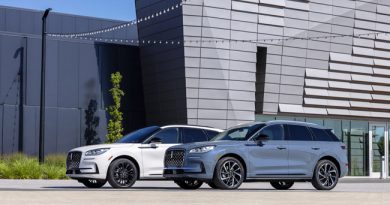