This is because most dealer agreements give the manufacturer the right to terminate the agreement within 30 days upon the death of the dealer principal. So having a succession plan in place is critical to ensuring that the family’s investment, which the dealership is likely a large part of, is not lost. And if it does have to leave the family, it should not go for less than full value.
Lack of proper succession planning may also lead to family disputes if not dealt with in a clear and open way.

Family Matters
The recent decision of the Maryland court in Darvish v. DARCARS is an example of the type of problems that may arise where no formal succession plan is in place.

In that case, John Darvish Sr. had no succession plan for his DARCARS Automotive Group and the manufacturers wanted him to prepare one.

His daughter, Tamara Darvish, had worked in the family business for over 30 years and there were alleged oral promises that were made to her that the business would eventually pass to her and her two, half-brothers in equal one-third shares. Share sale agreements were prepared but a definitive deal was never reached.

Eventually, there was a falling out between the family members and the lawsuit alleged that Tamara Darvish was asked to clean out her desk and she was stripped of her role with the company.

She sued her father, alleging that he repeatedly promised her that if she worked at DARCARS, he would eventually transfer part-ownership of the dealership group to her.

The court dismissed her claims, alleging that the oral promises were too vague to be enforceable since the formal succession plan documents were never executed.

A Proper Plan
There are many reasons why a succession plan may not be put in place: the dealer principal may be too young to fully appreciate the necessity of a succession plan; the potential successors may not be interested in the business or have the skills and knowledge to run the dealership; lastly, the dealer principal may want to avoid the legal and accounting costs of creating the plan and the headaches that come with having to reveal it.

Nevertheless, a dealer principal should be thinking about an exit plan for the dealership, including with manufacturer approval, to ensure that the family’s investment will not be lost for a fraction of its worth.

A proper succession plan needs to list the steps to be taken together with the deadlines to meet them.

The plan should determine the ideal scenario for the owner’s departure. The plan should identify the field of potential successors and decide how the roles are to be shared amongst them.

A business valuation should be obtained in order to determine the value of the transfer of the dealership.

In terms of implementing the plan, the dealer in conjunction with professional advisors must have regard to the tax implications and how to reduce them. This may involve preliminary steps that need to be carried out before the plan is put into effect, such as the creation of a holding company or estate freeze.

Finally, whether the succession plan will involve the transfer to heirs or the eventual sale to non-family members, manufacturer approval is a critical and necessary component to any succession plan.

In Darvish v. DARCARS, the court noted that there was no manufacturer approval of any proposed transfer to the daughter.
While the court recognized this would not necessarily prevent the dealer from transferring his shares, the value of the transfer would be diminished if the manufacturer did not approve the sale since the transferee would be prevented from selling cars without the manufacturer’s approval.

The dealer agreement sets out how manufacturer approval is obtained for succession plans and gives the manufacturer vast power in deciding who may eventually buy or inherit the business.
Here are some important factors that manufacturers consider in approving successors.

Having a succession plan approved by the manufacturer is vital in preparing for any untimely events. Even after the plan is approved, it should be reviewed periodically to ensure that the nominee continues to meet the manufacturer’s criteria as well as current dealer’s estate planning objectives.

Andy Seretis is a lawyer in the litigation department at Sotos LLP and represents both automotive dealers and manufacturers.  He can be reached at aseretis@sotosllp.com. 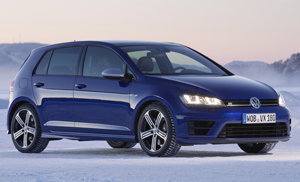 Entire Volkswagen Canada dealer network to be imaged by 2020

February 13, 2015 The Premier Publications Team Comments Off on Entire Volkswagen Canada dealer network to be imaged by 2020