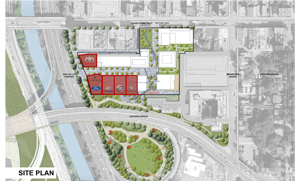 The plan, which calls for construction of five separate dealerships, a number of commercial operations, parkland space and more than 800 condos, will sprawl across roughly five acres of Queen Street East between Broadview Avenue and the East Don Roadway.

Shahin Alizadeh, president of DAG, told Canadian AutoWorld this week the project had been approved and it would now be full steam ahead with his construction partners Streetcar Developments and Dream.

A total of 880 residential dwelling units will be constructed over two phases. Local media reports that along the Don Roadway, there would be three mixed-use buildings: one at 11 storeys; a nine-storey base building with a 19-storey component; and a tower on the east end of the site topping out at 13 storeys.

“The accomplishments on this have been tremendous,” Trinity-Spadina Councillor Joe Cressey told Inside Toronto.

“There’s parkland with off-leash space, there’s a small scale grocery store on this site. The planning principles have been maintained, there’s a height limit on Queen Street and a $5-million contribution toward affordable housing. From an equity point of view this is a tremendous piece of work done.”

Canadian AutoWorld was the first to report on the Autoplex concept. Check out our December issue for a complete story on the project and what it means to the Canadian dealership body.

- With files from Inside Toronto

January 30, 2014 The Premier Publications Team Comments Off on CarProof to offer new tools for dealers 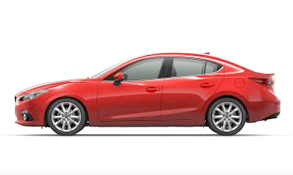 Dealer-only symposium to shed light on the ‘disruptions’

August 8, 2016 Jackson Hayes Comments Off on Dealer-only symposium to shed light on the ‘disruptions’