The B.C. government says its decision to no longer insure the high-end luxury car rate class means the broader ratepayer won’t have to subsidize repairs for the most expensive vehicles on the road.

Instead, owners of vehicles valued at $150,000 and over will have to go to private insurance.

And while few would argue that a Lamborghini Aventador driver should pay nearly the same rate as someone driving a Toyota Corolla, B.C.’s luxury car dealers are concerned the issue wasn’t addressed by a simple premium adjustment and that the broad stroke decision was made without industry consultation.

B.C. Minister of Transportation and Infrastructure Todd Stone announced the move earlier this week, noting that with a 30 per cent increase in the number of luxury cars on the road in the last three years, it was prudent for the government to address the rising costs to repair these cars and to eliminate any pressures they cause on basic rates.

While this work is underway, he said the government would immediately take steps so high-end luxury car owners will pay more than double for their basic insurance and ensure their premiums fully cover all costs of any repairs.

A provincial release said the interim changes would be formally implemented as soon as possible.

“Right now, whether a person drives a $15,000 Honda Civic or a $300,000 Ferrari – their basic insurance premiums are similar. If owners of high-end luxury cars can afford a high-priced car, they certainly can afford to pay higher premiums to cover the real cost for their repairs,” said Stone.

“This policy needs to be fair for all British Columbian ratepayers, and we want to ensure that the regular everyday driver is not paying for the additional repair costs of these cars through their insurance rate.”

Mark Edmonds, general manager at Ferrari-Maserati of Vancouver, told the Vancouver Sun that dealers feel like they have been “side-swiped” by the move.

He said that while his customers would likely understand if they had to pay a higher premium because of the car’s value, it didn’t make sense to eliminate public insurance of high-end vehicles altogether.

For example, the cost for parts to repair the fender, grille, headlight and intercooler on a 2015 Bentley Flying Spur W12 was $38,000.

While the cost to repair this car is substantially more than the everyday car, the basic insurance rates of about $1,000 per car are about the same.

Stone said the new rates would apply to private passenger cars only and not commercial trucks, pickup trucks, collector cars or limousines.

The new rule also will not apply to RVs.

– with files from the Vancouver Sun

May 10, 2010 The Premier Publications Team Comments Off on Canadian Volvo dealers safe 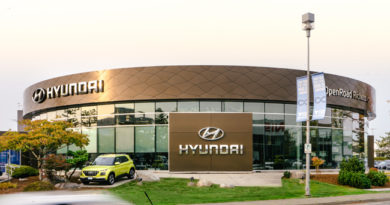