Dealers across Canada are preparing to take part in a month-long initiative to combat driver inattention.

The fourth-annual Auto Dealers Against Distracted Driving campaign will run March 1 to 31, with the aim of raising awareness around the dangers of multitasking while behind the wheel.

RCMP stats show driver distraction is a factor in roughly 4 million motor vehicle crashes in North America each year. Canadians say that texting while driving is one of the biggest threats to their personal safety on the road.

Campaign organizers and past participants are calling on dealers to join in on the campaign by educating their staff and customers on positive driving habits and asking them to make a formal pledge against distracted driving.

Waverley Mitsubishi in Winnipeg, Man., made the top ten leaderboard for the 2017 campaign by collecting roughly 580 pledges.

“As major players in the automotive industry, dealers should do everything they can to educate their customers about the dangers of driving while distracted,” says Kerry Kooi, digital marketing manager at Waverley Mitsubishi.

“It seems like nearly everyone knows someone who has been negatively impacted by distracted driving. Taking a minute to have this conversation with a customer may even save a life one day.”

The Auto Dealers Against Distracted Driving campaign is organized by LGM Financial Services, a leading provider of OEM-branded automotive finance and insurance products with a network of dealer partners across Canada.

The official goal for the 2018 campaign is two-fold: to encourage behavioural change in drivers and to collect 20,000 pledges against distracted driving. Each pledge will result in LGM donating $1 towards education and research on road safety. Proceeds from the dollar-per-pledge initiative will go to the Traffic Injury Research Foundation.

“This year’s campaign is different in that dealers are not only helping to raise awareness of the dangers of distracted driving, but they are also indirectly making a financial contribution to the cause,” says Leanne Braun, LGM dealer development manager.

“Since LGM is donating up to $20,000, dealers can feel good knowing that even a single pledge will make a difference.”

Participating dealers can receive a digital campaign toolkit filled with marketing collateral such as posters, pledge cards, and social media content to help them promote the campaign in their local communities.

The campaign is supported by The Co-operators, The Sovereign General Insurance Company, Canadian AutoWorld, Canadian Autojournal and Autosphere.ca.

For more information on the campaign and to learn how to get involved, visit DistractionFree.ca or follow LGM’s campaign coverage on Twitter: @LGMCanada 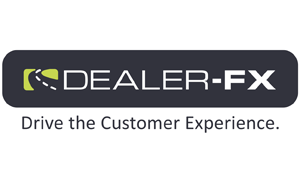 February 19, 2015 The Premier Publications Team Comments Off on Dealer-FX launching 3.0 in Q2