Sotos LLP partner David Sterns confirmed dealers who lost a class-action suit against General Motors of Canada Ltd. earlier this month will appeal the decision that GM did not breach its duty of fair dealing related to the wind-down agreements of 2009.

The move, one expected by many industry observers that followed the trial, means any final resolution related to the now six-year dispute would be months if not years away.

Justice Thomas McEwen had found that GMCL did not breach the Arthur Wishart Act related to its 2009 dealer wind-down that saw upwards of 40 per cent of the dealer network culled.

“The answer to this common issue is no,” he wrote.

“Given the frenetic pace of events, all of the challenges GMCL was facing, and the dealers’ awareness that a great number of them would be eliminated by the end of 2010, it was not unreasonable for GMCL to determine whether the wind-down plan could be effected before making any formal announcements.”

Furthermore, McEwen noted that on May 15 GMCL did inform the Canadian Automobile Dealership Association (CADA) it would attempt to develop a wind-down process related to its dealer network.

And while GMCL communicated this information to allow CADA and the steering committee to prepare for what was ultimately to come and to disseminate information to the dealers: “Neither CADA nor the Steering Committee decided to act on that information or take a leadership role. CADA took the position that it would simply respond once the final message was delivered, and the Steering Committee maintained its position that it would only deal with issues surrounding a potential CCAA filing.”

The landmark ruling did see the dealer class win a $45 million payment from law firm Cassels Brock & Blackwell LLP for breach of fiduciary duty, breach of contract and professional negligence.

The trial took 41 days to complete and wrapped in late December. The parties called 25 witnesses, including eight experts. The 96 exhibits introduced into evidence contained hundreds of individual documents. In closing argument the parties filed approximately 1,500 pages of written submissions.

Dealers Canadian AutoWorld reached out to for comment all declined to offer statements because of the impending further legal action. 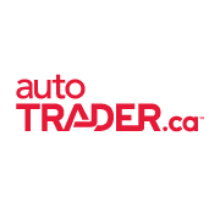