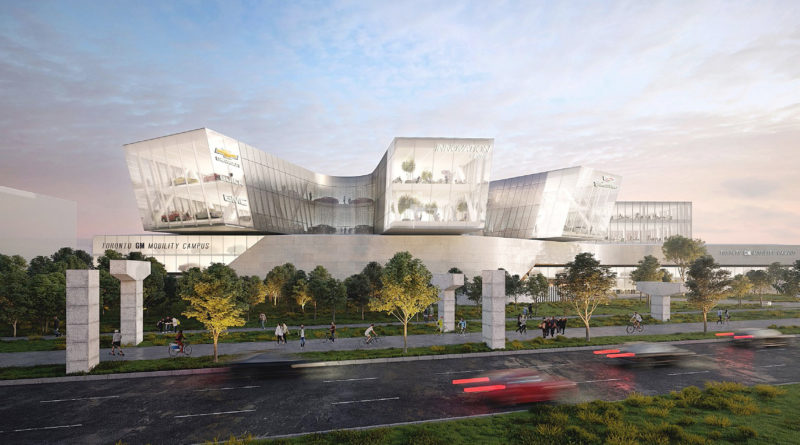 Development applications recently submitted to the City of Toronto reveal GM has a much larger vision for the seven-acre property than originally thought.

However, the crown jewel of the 280,852 square-foot structure is an Urban Mobility Research and Development lab, which will bring in nearly 300 high-paying tech jobs. 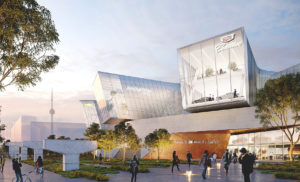 Two other development sites are proposed for the north side of the property as employee servicing retail space and office space for rent. One structure will retain and incorporate the existing buildings built in the 1920s as a “form reference to the area’s industrial past,” but more evaluation will continue as part of a future development. Several sustainability features like bioswales, grey-water reusage and green roofs feature in the proposal.

The project also aims to improve the public space surrounding the site, adding 120 new trees, generously wide sidewalks and space for cyclists to reclaim a neglected corner of the city.

The development documents were submitted on March 31, but no hearings regarding the project were scheduled as of press time.

GM re-leased the property to Cinespace for another 12 months after purchasing it from the film studio – even so, the approval process is expected to take several years.

One small hurdle for the project is that current zoning does not permit a vehicle dealership. Documents submitted by the automaker indicate it is appealing a current bylaw that permits the proposed service and retail uses but does not permit the dealership use, institutes height controls and other general standards.

The automaker notes the proportion of the dealership use within the GM Campus only represents 39 per cent of Site 1 and 5.4 per cent of the entire property.

GM cited nearby dealerships including the new home of Grand Touring Automobiles (currently under construction) just north off the Don Valley Parkway and the multi-storey home of BMW Toronto and the adjacent MINI Downtown.

The dealership and service centre would give GM a presence in Toronto’s downtown core, something it hasn’t had for over a decade. 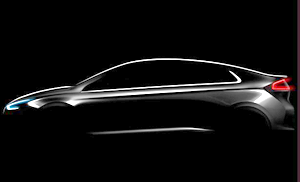