For decades, U.S. consumers have been prohibited from purchasing cars directly from manufacturers – and for good reason. A recent push by Tesla Motors, the innovative California-based manufacturer of electric cars to get around selling their vehicles through dealers has started a lively debate about the need for the dealership model, its merits and whether it ought to be done away with.

Initially, during the auto industry’s infancy, direct sales from manufacturer to consumer were commonplace until Henry Ford revolutionized the assembly line, allowing his factories to increase production rates significantly. The dealership model was essentially adopted to allow inventories to be easily distributed across the North American market while auto manufacturers focused on building new cars.

In turn, dealerships, through their showrooms and salespersons, were able to push auto sales towards new heights.

The rise of e-commerce and Tesla Motors’ electric car
Despite this symbiotic relationship, the advent of the Internet created an opportunity for manufacturers to connect directly with consumers and effectively cut out the dealer middleman.

In the U.S., this is precisely the path that Tesla has employed in recent years. In various states, Tesla introduced “galleries,” which allow potential Tesla customers to speak to representatives, ask questions and read material about particular models but not purchase a vehicle on site. Instead, a customer who wishes to purchase a vehicle must do so online at home or on a computer made available at the Tesla Gallery.

In a stern reaction, the NADA, its members and various state dealer associations have gone to court to argue that Tesla must not be allowed to circumvent state franchise laws with direct online sales. They have also redoubled their lobbying asking states to adopt express legislation preventing direct distribution with some success.

The Canadian Experience
In Canada there has never been a legal restriction on manufacturers’ ability to operate corporately owned dealerships. While the Detroit Three have stayed away from direct distribution, a number of foreign factories operate a mix of dealer and factory-owned retail stores.

Such hybrid distribution structures are inherently risky because of the potential of unfair competition between factories and their dealer network.

The ability to set prices, incentives and product selection allows the manufacturer to entice consumers to purchase vehicles from their own corporate-owned dealerships instead of those owned by independent dealers.

And while this has happened to some degree in Canada, the displeasure of the dealer community has not risen much above grumbling.  I predict that things will remain as they are until the Detroit Three decide to enter this space.

The reason why the Detroit Three present a higher risk to Canadian dealers is because they have all been struggling for a couple of decades to restructure their dealer networks without much, if any, capital outlay or success.

The task has proven difficult and despite some major upheavals in their business, the Detroit Three complain that there is more work to be done in restructuring their dealer networks.

Establishing wholly owned dealerships especially in the large urban markets or favouring a few multi-unit dealers can help them accomplish the “just right” dealer network with little or no compensation.

The appeal of this route to dealer restructuring on the cheap is too attractive to escape the attention of returns-starved corporate planners. After all, this wealth transfer plan has worked in other mature industries, even if only for the short term.

As Oscar Wilde wrote in Lady Windermere’s Fan, “I can resist anything except temptation.”

That’s human nature. Strong leadership and vigilance is the only antidote to avoid such an outcome.

For over 30 years, lawyer John Sotos has been specializing in franchise law with a focus on the Canadian automotive industry. He can be reached at 416-977-0007 or by email at jsotos@sotoslp.com. 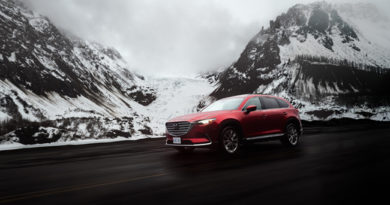