Deprecated: Methods with the same name as their class will not be constructors in a future version of PHP; CMBDWidgetCatWithNumber has a deprecated constructor in /var/www/canadianautoworld.ca/public_html/wp-content/plugins/cm-business-directory-pro/shared/classes/CMBDWidgetCatWithNumber.php on line 3
 Drive Clean fee to be eliminated in April – Canadian Auto World

Ontario motorists will be off the hook for the $30 fee on controversial Drive Clean checks starting in April, says Environment and Climate Change Minister Glen Murray.

While owners of vehicles seven years and older must still get and pass the emissions tests, the government will cover the $60 million annual tab as promised in last February’s budget.

But with any luck, dropping the car with a mechanic for a Drive Clean check could soon become a thing of the past as the government develops a new smart phone app, Murray told the Toronto Star.

It would send emissions and performance data uploaded from newer vehicle computer systems to the government via telematics. About one in four cars have such systems built in.

Positive results would result in vehicle owners getting clearance for licence plate renewals and negatives indicating improvements that must be made to get pollutants and emissions to appropriate levels.

“We’re hoping within a year or two that people will not have to go to a garage at all,” Murray said Tuesday, noting that would cut costs for government and save motorists time and inconvenience.

The fee waiver is being delayed until the government’s new fiscal year begins in April to avoid possible computer glitches. An exact date has not been set but officials said it will be early in the month.

About one in four cars now has a telematics system built in, Murray said, adding he hopes that being able to send test results to the government will quell objections to the program that caught 135,000 cars with excess pollutants in 2014. About 2 million vehicles are tested annually.

“When it takes a second to send the data in, I don’t think anyone’s going to mind,” Murray said in an interview.

Depending on the car, the remote transmission of data will be for “as many people as we possibly can. After getting rid of the fee, that’s the next big improvement we should be focusing on.”

The fee will come off three months after the government adds a tax of 4.3 cents a litre to gasoline to fund the government’s plan to fight climate change, which includes a fund to help low- and moderate-income families get clunkers off the road.

Murray said the government has no plans to scrap Drive Clean, as the Progressive Conservatives and others have called for, because it has kept 335 tonnes of pollutants out of the air and from vehicles, which are responsible for one third of all greenhouse gas emissions.

“It’s still an effective way of reducing emissions and greenhouse gases,” he added.

“The efficiency of an engine degrades over time. You want to maintain a system that maintains a reduction on those pollutants and greenhouse gas emissions.”

Critics have called Drive Clean — a program started by the Mike Harris Conservative government in 1999 — a cash grab, prompting a $5 reduction in the fee a couple of years ago.

Drive Clean began as a revenue-neutral program to curb emissions, but began making a profit in 2011.
In his 2012 annual report, then-auditor general Jim McCarter said pollution controls in vehicles have improved to the point where a 75 per cent reduction in vehicle emissions since 1999 is due to improved manufacturing standards — not Drive Clean.

February 17, 2017 Jackson Hayes Comments Off on CIAS opens in Toronto 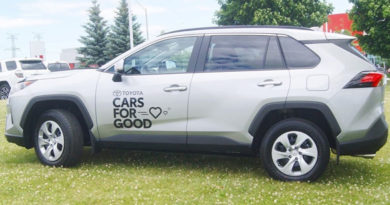 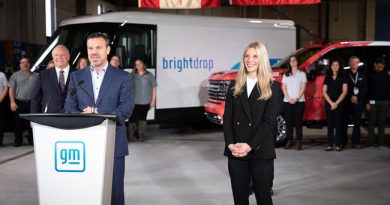 April 4, 2022 Tom Venetis Comments Off on GM Canada Electric Vehicle Production in Ontario by the End of 2022