Kolbuc became owner of a Western Star truck dealership. Though he eventually sold that store and retired, the calm only lasted for about a year as he was offered the opportunity to become a partner with Grand Ericksen in Norden Autohaus, a Volkswagen/Porsche dealership in Edmonton.

Under his guidance, the store became one of the top performers for the brands in Canada. While at the helm of Norden, Kolbuc was awarded the Canadian AutoWorld Marketer of the Year award in 2003 and Volkswagen’s Diamond Pin Award in 2007.

Bob Vilas, executive director of the Edmonton Motor Dealers Association, described Kolbuc as “a perfect gentleman – one of the nicest dealers you would ever come across.”

Vilas said Kolbuc was known for being straight and honest.

Kolbuc, who sold Norden Autohaus in 2007 and loved the Frank Sinatra standard My Way, was also an accomplished musician and pilot.

Kolbuc, 75, died on Dec. 24. He is survived by his wife Judy, daughter Deeann and brother David. 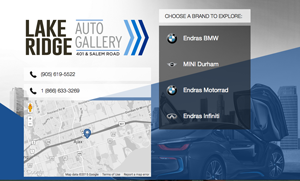