Over 200 ex-General Motors dealers are going to get their day in court. Justice G.R, Strathy of the Ontario Supreme Court certified their class action lawsuit against GM Canada and law firm Cassels Brock.

“Judicial economy will be promoted by the aggregation of the claims of the class, avoiding multiple trials and the potential duplication of fact-finding,” the judge said in a ruling handed down on Mar.2.

The plaintiffs allege that the automaker violated provincial franchise laws by closing the dealerships in order to receive federal government funding.

David Stearns, one of the lawyers for the plaintiffs, claimed GM Canada’s action was a disaster for hundreds of the family-owned businesses.

Tightly wound up with the claim against GM is a claim that the law firm, Cassel Brock, retained by the Canadian Automobile Dealers Association to advise affected dealers, was in a conflict of interest position because it was also acting for the federal government in connection with the GM bailout.

That claim was also ordered to proceed as part of the action. The plaintiffs allege that after the automaker handed them termination packages, Cassels Brock advised them to consult their lawyers in the limited time – two to four days – given in the offer.

The case raises “important issues concerning lawyers’ duties to their clients, particularly in the context of group retainers,” the judge concluded.

The allegations made have not been proven. 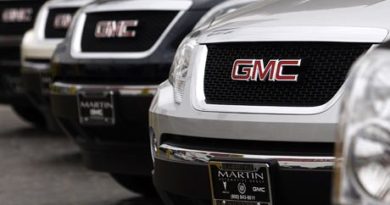 January 11, 2017 Jackson Hayes Comments Off on GM’s deleted dealers head back to court