As two U.S. federal agencies continue to investigate FCA US for improperly reported sales totals, the automaker says a revised look at its sales reporting reveals the streak of monthly sales increases stopped back in September 2013.

LouAnn Gosselin, head of communications FCA Canada, says the office is “evaluating the Canadian process and will make any needed changes with August sales.”

The automaker detailed its process and how in a long and detailed press release issued Tuesday said its current monthly sales reporting process has been in place. in more or less the same form, for more than 30 years where reporting previously being made every 10 days and eventually evolving into monthly cycles.

It said vehicle unit sales data is comprised of three main components: sales made by dealers to retail customers; sales of vehicles shipped directly by FCA US to fleet customers; and other retail sales including sales by dealers in Puerto Rico, limited deliveries through distributors and a small number of vehicles delivered to FCA employees and retirees and vehicles used for marketing.

For dealers, retail sales data is collected through a reporting system called the New Vehicle Delivery Report (NVDR). It is primarily designed to capture the time of a retail sale for warranty purposes and because it trigger’s FCA US’s obligation to make any manufacturer’s incentive payments to the dealer.

“These retail sales are made by dealers out of their own inventory of vehicles. This inventory was purchased by the dealers from FCA US before any retail delivery to the customer,” the company explained, noting that, consistent with other automakers’ practices, it is this initial sale by FCA US to the dealer that triggers revenue recognition in FCA US and not the ultimate sale of the vehicle by a dealer to a retail customer.

“It is for this reason that the process of reporting monthly retail unit sales has no impact on the revenue reported by FCA in its financial statements,” the company reported.  FCA said it was possible for a dealer to “unwind” a transaction recorded in the NVDR system and return the vehicle to the dealer’s unsold inventory.

“This unwind results in the return by the dealer of any incentives paid by FCA US to the dealer for the sale and it cancels the beginning of the warranty period. These unwinds may, and in fact do, occur for a number of reasons including: inability of the retail customer to finalize financing for the purchase or a change in customer preferences, among others.”

FCA admitted it was also possible that a dealer may register the sale in an effort to meet a volume objective and without a specific customer supporting the transaction.

“When reporting monthly retail sales in the morning of the first day of the following month, a manufacturer cannot know which, if any, transactions may be unwound after the data is released. Because FCA US believes that most unwinds are recorded shortly following the time the initial sale is registered in the NVDR system, FCA US has not historically reflected either unwinds or the subsequent sales of these vehicles in its sales reporting.”

There is a safeguard against double reporting that blocks the VIN in its NVDR files to ensure that a subsequent retail sale of the vehicle does not enter into any tally of reported sales in any future month.

Interestingly, FCA’s statement goes so far to report the company has “seriously considered” ending monthly sales reporting in favour of published quarterly financial statements. Instead, it has decided to revise its methods where total sales will be comprised of dealer reported sales in the U.S., fleet sales delivered directly by FCA US and retail other sales including sales by dealers in Puerto Rico. 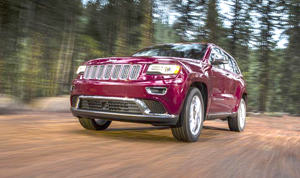 Dealer reported sales derived from the NVDR system will be the sum of all sales recorded by dealers during that month net of all unwound transactions recorded to the end of that month plus all sales of vehicles during that month attributable to past unwinds that had previously been reversed in determining monthly sales (in the current or prior months).

Fleet sales will be recorded as sales upon shipment to the customer or end user while other retail sales will either be recorded when the sale is recorded in the NVDR system (for sales by dealers in Puerto Rico and limited sales made through distributors that submit NVDRs) or upon receipt of a similar delivery notification.

The Associated Press reported that a chart issued by FCA shows the company overstated sales for 30 months since January of 2011, while understating the numbers for 36 months.

Under the new reporting methods, sales would have technically declined in September 2013, August 2015 and May 2016. The news agency pointed out the much-ballyhooed sales streak really ended at 40 months.

Micra tour coming to a dealership near you

March 23, 2016 Jackson Hayes Comments Off on Micra tour coming to a dealership near you

September 16, 2016 Jackson Hayes Comments Off on New owners at GM dealership in Kenora