Whether it was cultivating a great staff environment, developing long-term customer relationships or staying loyal to the same automaker for more than 50 years, friends, family and staff will remember J. Fern as a humble leader who worked hard to put other people first.

“My dad would always park at the very back of the lot so he could walk through the entire shop and store and say ‘good morning’ to every employee,” explained his son Fern Turpin Jr. “He cared so much about people and always went over and above for them.”

Turpin got his start in the automotive business when he opened a Texaco gas station in Gatineau, Que., in 1949.

His career in auto retail started shortly after when he and his father would drive to the Northern Ontario General Motors dealership his uncle owned. The pair would buy a car, drive it back to Gatineau and sell it from the Texaco station.

GM eventually caught on and sent a rep to the “showroom” in the early 1950s to inform Turpin he couldn’t continue to sell vehicles like that.

“My dad said, ‘Yes I can.’ The rep left but came back the same day and asked if he wanted to be a GM dealer,” Turpin Jr. said.

He started retailing Chevrolet at the station in 1954 before moving to Richmond Road in Ottawa at GM’s behest in 1961. The move saw him drop Chevrolet and set up shop as Turpin Pontiac Buick.

The facility moved to Carling Avenue in 1966 where it remained until 2006. Over the years came a Passport franchise with Isuzu and Saab and eventually a separate Saturn store.

J. Fern along with two other dealers were the founding members of the Palladium Auto Park in Kanata across the street from Canadian Tire Place, home of the Ottawa Senators.

The Pontiac and the Saturn stores moved to the auto mall in 2006.

“We used to jokingly call him a pilot because the store was always a go-to for GM to pilot new projects and training efforts. At one point, the district service managers would come to our store to train for a week before they were allowed to go into the field,” his son said.

Over his more than 50 years with the brand he served on virtually every board including chairing the dealer communication team twice.

Like many dealers, J. Fern also supported his share of charitable efforts. Unlike most, he had one particular effort that was extremely close to home.

He and his wife Raymonde were founding members of the Snowy Owl AIDS Foundation. The charity, which provides health care and support services for people living with AIDS, was born out of the loss of their son, Louis, who died in 1993 from complications from AIDS.

Turpin Jr. said the charity got its name after the family noticed a massive snowy owl perched outside the window where Louis lay in his dying hours.

“There’s an old native legend that a snowy owl will guide your spirit, and in a time of horrible pain, we took some solace in seeing this owl and how amazing it all was,” he explained.

The organization runs a camp every summer for people living with and affected by AIDS.

J. Fern remained active with the dealership into his 80s, though his son had taken over the day-to-day. Unfortunately, his final years were marred when the relationship between the man and the manufacturer that had lasted for more than half a century came to a devastating end on an afternoon in May, 2009.

Turpin Pontiac and Turpin Saturn were two of the stores caught up in the restructuring title wave that sunk more than 200 dealerships in GM’s network.

When the district manager called on May 20, 2009 to tell the Turpins their franchises were being culled, it was the day before J. Fern’s 60th anniversary of being in business.

“This was something he had built for 60 years with his blood, sweat and tears. He had supported GM in every sense of the word and it was a slap in the face. He died of heart failure, but that day a big part of his heart died and we all saw it,” Turpin Jr. said.

“It took the wind out of him and he never really got it back… how many dealers receive a 50-year milestone award and then are told they are no longer needed?”

While he died before seeing any resolution in the non-retained dealer lawsuit, of which Turpin remains a class member, his son said his family was reminded of his father’s influence at the funeral when hundreds of former employees came to grieve and share stories of the family patriarch.

“One of the comments I read was from a young man who had caddied for dad during a round of golf once. My dad had asked what he used his tips for and the young man said he was saving up to buy a hockey stick. My dad eventually found out how much the stick cost and at the end of the round, he gave him the exact amount to buy the stick,” Turpin Jr. said.

For more information or to donate to the Snowy Owl AIDS Foundation, visit www.snowyowl.org. 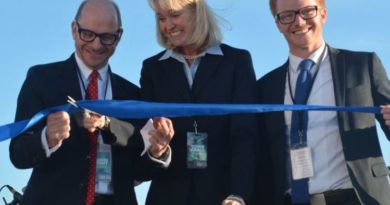 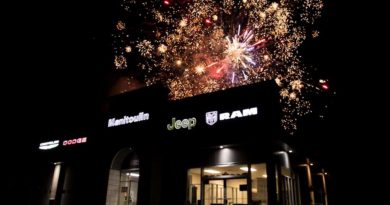 June 10, 2011 The Premier Publications Team Comments Off on DealerSocket upgrades its CRM offering with Black Ops