VANCOUVER, B.C. – A claim filed in B.C. Supreme Court by a former finance manager is making some strong claims of bullying and a fraudulent CSI scheme against Jim Pattison Toyota North Shore.

Ramin Izadi filed a notice of civil claim on June 1. The claim, obtained by Canadian AutoWorld, states Izadi started working for the dealership group back in 2012 and transferred to Jim Pattison Toyota North Vancouver in April 2014.

The suit, which names the store, general manager Cooper Shantz and general sales manager Donald MacGregor, says the dealership was required by the automaker to submit a registered dealer report (RDR) on any Toyota vehicle sale or lease transaction that would include the particulars on the customer, vehicle and transaction.

Toyota would then send its Toyota performance evaluation (TPE) form directly to the customer to measure their satisfaction with the store.

Izadi alleges that shortly after taking over as finance manager, MacGregor and Shantz informed him of a system designed to manipulate the RDR/TPE process in the dealership’s favour.

Court documents claim Izadi was instructed to create false customer contact information that included email addresses controlled by the store. He alleges staff would fill out the TPEs with inflated satisfaction scores and return them to Toyota Canada.

The automaker, which uses these scores to determine vehicle shipment priorities and compensation to the store, would reward the managers as a result of the fraudulent RDR/TPE scheme, the claim states.

Izadi insists he did not willingly comply with the scheme despite repeated directions from supervisors to do so. He says his failure to participate led to MacGregor, Shantz and other employees to act in “an abusive, bullying and aggressive manner towards the plaintiff, including the use of derogatory language and verbal and physical harassment.”

“The plaintiff remains disabled and continues to be unable to return to work as a result of anxiety, depression and physical symptoms…” the claim reads.

He is seeking damages for personal injury, breach of contract, loss of benefits, special damages and more. Documents reveal he earned $124,000 in 2014.

Lawyers for the dealership and the managers filed a response to the claim on June 24 that paints a far different picture of the events, particularly around the reason for the end of employment.

The defendant’s claim asserts that on Dec. 10, Izadi admitted to forging a customer’s signature on a bill of sale and that he resigned his position rather than risk being terminated for cause.

The store and the managers denied the claims about the fraudulent RDR/TPE scheme and added that at no time did the plaintiff bring information about the system to the attention of the dealership group through the mechanisms provided in its bully and harassment policy.

None of the claims has been proven in court. 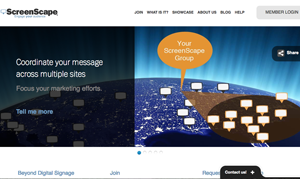 July 22, 2013 The Premier Publications Team Comments Off on ScreenScape to power video displays in Hyundai showrooms 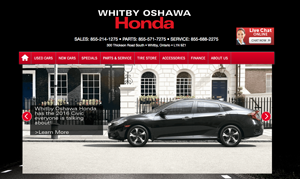 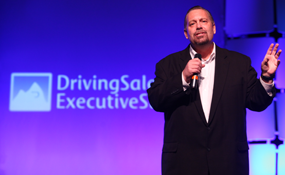