GM spokesperson Ryndee Carney told Canadian AutoWorld that third-party research shows a growing number of consumers want to use the Internet when they shop for a new car.

“This number will increase as the Millenials and Gen x and y come into the market looking for new vehicle and they are used to buying online,” Carney.

“We know that this is going to be a growing trend and we want our dealers to be in a better position to reach those customers and improving their satisfaction with the buying process.”

She explained that the Shop-Click-Drive tool sits on dealer websites where customers can check out the dealer’s inventory, accessories, get a rough idea of what their trade-in is worth, and see what’s on offer in the F&I office. The trade value is not guaranteed; the dealer still has to inspect the car.

GM encouraged dealers to provide a concierge service for shoppers looking for a test drive and on delivery. But it’s not mandatory, she said.

“It’s important to understand that this tool lives on the dealer’s website. It’s an extension of their website and they have the ability to customize the tool however they want. For example, they can show the F&I products they want. The dealer controls the site.”

Canadian AutoWorld wondered if this were a no-haggle system. The GM rep replied that was up to the dealer.

Carney went on to stress that Shop-Click-Drive was not a top-down project. There was input from a dealer advisory board.

She said GM ran the pilot in early 2013 mostly with dealers in western Michigan and expanded to 100 dealers in eight states. In that time, shoppers bought nearly 1,000 vehicles using the tool. But there was no customer age breakdown available.

“So we’re seeing a high rate of conquest sales,” she said.

But she said fewer than 10 buyers bought without visiting a dealership.

She said that as of mid-November when the program went national, of the nearly 4,300 GM dealerships, 107 dealers had signed on with 238 in the process of coming on board. One hundred more have shown interest.

“It takes 48 hours to get up and running,” Carney said.

Carney insisted this was a U.S.-only project and did not give any indication it would be adopted in Canada. 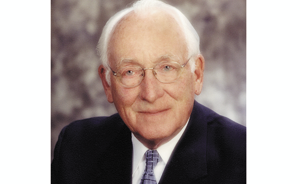