Recent exuberant reports that Canadian auto sales hit an all-time high in 2017 are not quite the sign of healthy economic growth that this leading indicator at first suggests.

After achieving a fifth consecutive record last year, sales should be expected to decline at least modestly in 2018. We can see that from the November and December figures, which each show declines in total sales.

And for Ontario’s all-important auto-assembly and auto-parts sectors, the fact that light trucks accounted for a whopping 68.6 per cent of total 2017 sales is not encouraging. Continued strong sales in light trucks – that is, SUVs, crossovers, pickup trucks and vans – are more tied to volatile gas prices than passenger vehicles.

The light-truck strength (sales were up 8.7 per cent) does signal robust consumer spending, but what it most powerfully tells us is that business investment is growing, since pickups and vans, in particular, often are fleet purchases by businesses.

Against that positive, though, the 3.4 per cent drop in 2017 passenger car sales is a worrisome sign, not least because this is where all-electric vehicles (EVs) and hybrids are concentrated.

This same phenomenon is playing out in the huge U.S. market, where light-truck sales are also far outpacing passenger vehicles.

A bright note is that EVs accounted for 2.1 per cent of GM Canada’s sales last year, making GM the leader in the vehicles that will dominate motoring in the future.
Given that EVs account for just 1 per cent of global vehicle sales, GM Canada is making significant progress, on the strength of its commitment to its strong-selling Chevy Bolt.

Keeping Tech Successes Closer to Home
The tech-related start-ups that are booming in Toronto, Montreal, Vancouver and Waterloo are part of a virtuous circle in which the innovative solutions of Canadian researchers are commercialized and scaled up by entrepreneurial start-ups.

But it’s a hard fact of business life that moving from start-up to scale-up is a leap that newish enterprises usually lack the capital and managerial expertise to make. And so, they sell out, most often to a deep-pocketed offshore buyer.

Indeed, a troubling byproduct of the intimate relationship between Canadian start-up incubators and offshore venture-capital firms is that VCs encourage start-up founders to have an “exit strategy” for selling out from Day One.

“How are we to build a culture of innovation if our entrepreneurs are focused on exiting rather than scaling?” asks Carl Rodrigues, CEO of Mississauga software firm SOTI Inc., in a recent newspaper op-ed.

Noting the paucity of Canadian tech brands on the world stage, Rodrigues says: “To have an innovation economy, we need to encourage our entrepreneurs to scale up, not to sell out. To grow and not to exit.”

That has been the strategy by which Magna International Inc., CGI Group Inc. and Open Text Corp. have remained home-grown global success stories.

Ottawa does its part in backstopping start-ups with its $100-million Innovation Solutions Canada program.

We should expect more talk this year on a role for Canada’s enormous pensions funds in financing the next stage of growth, from start-up to scale up.

Canada’s four largest public pension funds alone command more than $700 billion in assets. They need to think about becoming second-stage incubators that finance a start-up’s evolution to world-class player, without its ownership slipping out of Canadian hands.

May 3, 2017 Jackson Hayes Comments Off on Plans revealed for 5-storey Honda store in LA 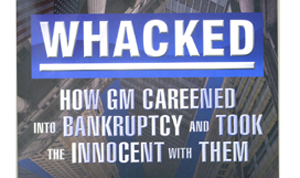