MONTEREY, CALIF. – Ask Kory Koreeda, Mazda Canada executive V-P, about the role of the 2013 Mazda CX-5 and he does not mince words.

“This will be a critical product for us and one with two roles,” he said. “First, it will capture our customers who come into our brand with Mazda2 and Mazda3. The other is to conquest sales from other brands… this is a very important product for us.”

February marked the first Canadian dealership deliveries of the all-new compact SUV. Called the first Mazda featuring the entire suite of Mazda’s SKYACTIV technologies and the first featuring the KODO Soul of Motion design theme, the new vehicle is expected to be a high-volume seller for the automaker heading into 2012.

“We will position it in the heart of the segment where the volume is,” he added.

The launch comes at a busy time for the compact SUV world. The segment as growth 27 per cent in Canada in the last two years and is projected to hit 300,000 new retailed units annual by 2015.

Koreeda said the compact SUV segment is defined as one of “compromise” with consumers looking for utility, safety and a higher riding position.

“But there are some trade-offs they have to live with. Fuel economy, handling are compromised a little bit because of the nature of the product. Not with the CX-5.”

SKYACTIV in its nitty-gritty entirety can be quite technical – as illustrated by the 42-page press kit posted on Mazda Canada’s media website. When boiled down, the technology is a multi-pronged approach aimed at improving fuel-efficiency while not compromising on driving dynamics.

All-wheel drive will be available on all CX-5 trim levels.

Mazda counts the Honda CR-V and Nissan Rogue among its major competition but hopes its model’s fuel economy, price and drivability will win out.

While he would not reveal specific volume targets for sales in Canada, he did confirm Mazda thinks the CX-5 will outsell Tribute and CX-7 combined.

Figures from Mazda Motor Corp. indicate the automaker expects to sell 160,000 CX-5s globally per year. The model is built in Japan. 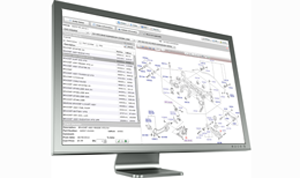 June 19, 2014 The Premier Publications Team Comments Off on InfoMedia to supply MicroCat Auto PartsBridge for Hyundai dealers and body shop customers in Canada

Canada Night at NADA sold out

March 14, 2016 Jackson Hayes Comments Off on Canada Night at NADA sold out 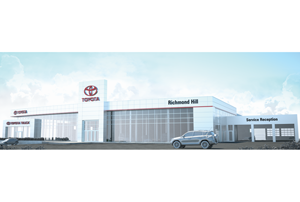