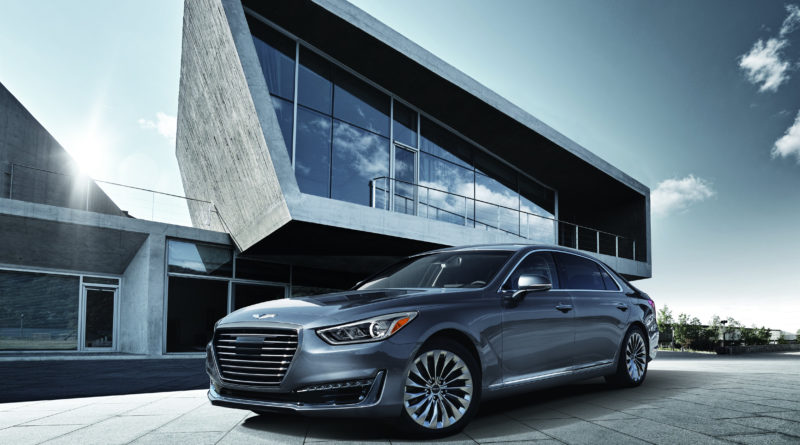 Hyundai’s luxury sub-brand officially hit the market this week with a retail strategy all its own.

Instead of the traditional dealership, the luxury line hits the market with at-home and online sales, a program to be bolstered by the opening through seven boutique locations in high-end shopping malls in major metro markets.

And as those storefront locations work to introduce the market to the new standard of South Korean luxury, a dozen Hyundai dealers will continue working through plans for standalone showrooms – and even standalone stores – set to start opening late 2017 and into 2018.

The retail footprint is part of a detailed, innovative and original approach to automotive retail that Genesis executives hope will help it capture a slice of luxury from its German rivals.

“Since 1984, I have been working in the auto industry and it has been this traditional dealer relationship where you have to go to a dealer to test drive a car and can’t buy a car online. It’s fundamentally taken me a lot to realize we just defined that as the way to sell a car over years and years of doing it and not because it was the best model.”

Starting this week, potential owners will have the chance to schedule a Genesis at Home demonstration and vehicle test drive with a Genesis representative at a location of their choosing.

Customers can even complete lease or finance paperwork, make a deposit and place an order for a new vehicle through the digital platform from the comfort of their home or office.

The platform is the latest effort from Motoinsight. The company, which also powered the Mazda Canada MX-5 RF online ordering program a few months ago, will see its next generation MotoCommerce platform facilitate the at-home sales component of Genesis’ sales strategy.

Genesis Motors Canada will showcase a pilot retail model for the brand globally. While its U.S. counterparts will reportedly allow Hyundai dealers in smaller markets to retail Genesis through a showroom-within-a-showroom concept, demand separate showrooms in midsize markets and mandate standalone facilities in major metro areas by 2021, the Canadian story is a little different.

On this side of the border, the separation will be far more complete.

The Canadian Approach
Genesis will launch a handful of “dealerships” in Vancouver, Calgary, Toronto, Montreal and Quebec City by mid-2017.

This initial wave of seven stores will be boutique locations in high-density, high-end shopping malls. These storefronts have two goals – first is to quarterback the Genesis at Home program that will see staff bring vehicles directly to a potential customer’s place of business or home so the entire transaction, including financial paperwork, can happen outside a dealership.

The second purpose is to act as the initial toehold for the difficult task of Genesis brand building.

Ricciuto says dealers will own and operate the mall locations with assistance from corporate. The stores will display vehicles, materials, product information and feature digital components all culminating in what he terms a very “high-end” experience.

“This will be a real luxury experience and luxury look.”

In addition to the initial wave of boutique locations, Genesis will launch with 12 stores in markets identified through an IHS Automotive study that make up the greatest concentration of luxury sales volume in Canada.

Those 12 retailers have been chosen but could not be identified to Canadian AutoWorld.

Ricciuto says that while the majority of dealers contacted about Genesis took the automaker up on the opportunity, some declined. The rejections might have something to do with the requirements for Genesis’ second phase in Canada.

The initial 12 dealers and every additional point following will be required to build standalone showrooms and standalone drive-thrus for Genesis. A showroom-within-a-showroom setup used for Equus will not suffice.

Ricciuto says the automaker isn’t excluding a dealer from having the showroom attached to the Hyundai store but stressed the two brands have to be “distinct.”

Similar to the strategy used by some Ford stores to separate Lincoln, dealers will need a different exterior vestibule and entrance along with a Genesis-imaged interior showroom and service drive-thru.

“They can be physically attached, but from a consumer perspective, there can’t be any interaction between the brands. You will have to walk through a separate entrance with no way of getting from the Hyundai store to the Genesis store,” he said, noting that stores will need different lounges as well.

Hyundai also reveals that some of the initial dozen dealers have decided to take the separation to the next level and build an entirely separate building for Genesis.

Average costs for any type of construction project or image guidelines were not revealed.

The brand will also expand to approximately 30 stand-alone Genesis facilities between late 2017 and 2021.

Product Plans
Boosting the automaker’s need for the separate space is, of course, product. Hyundai vice-chairman Chung Eui-Sun confirmed earlier this year that Genesis would have six models on the road by 2021.

Were that not enough, Hyundai Motor America CEO Dave Zuchowski told reporters at a G90 media launch event in Vancouver in late August that Hyundai would also have 15 new or significantly redesigned nameplates over that same period and that dealers just wouldn’t have the space to house them all under one roof.

The two units available at launch will be the G90 and the G80, which is essentially a facelifted Hyundai Genesis sedan.

Four more nameplates are said to follow including the G70 (coupe and sedan) and two CUVs.

A member of the Hyundai dealer council contacted by Canadian AutoWorld says that a separate Genesis dealer council will be established but since Hyundai was still finalizing agreements with dealers, information was limited.

Another interesting strategy for Genesis is the use of a fixed price model.

All vehicles will be owned by corporate with dealers earning a flat rate gross margin per unit. Any additional upsells with accessories and F&I products will be split between head office and the dealer.

That means no floorplanning needed for dealers since all units will be corporate owned. It also means dealers are technically signing distributor agreements as opposed to dealer franchise contracts.

The move to a no-haggle, fixed price model – which includes all admin fees, delivery charges, etc. – was needed to facilitate online sales. It also underscores the simplicity in the process: Here is the car. Here is the price.

Genesis Motors Canada will have a central inventory that can be pulled from and shipped across the network as required.

Volume and Brand
Despite the elaborate plans for the brand and the massive investments dealers and the parent company are making, Genesis is clearly not a volume play.

Equus sold 121 cars in each of its first two years in Canada. While Ricciuto didn’t reveal sales targets, he adds they are expecting to better Equus’ initial foray.

“That was a rear-drive car. The new one has standard AWD, a new modern powertrain and is much nicer in execution and materials. Obviously, this segment has very low volumes, but we are expecting to do more than the 121 we did with Equus, but it will be in the hundreds.”

It appears the company’s aspirations are not all sales oriented but also deeply rooted in cultivating the right image.

Chad Heard, senior manager of public relations for Hyundai, says Genesis’ core is about the consumer and providing “unparalleled levels of service.”

“Our tagline is human-centric luxury. That’s why we are offering the direct online sales, Genesis at Home, free courtesy service loaners, the all-in price model and the no-charge maintenance for five years,” Heard said. “We are going to have to differentiate ourselves on the service side.”

That luxury experience is likely the best opening for the brand as it enters the hierarchy of auto luxury. Of course, the biggest stumbling block out of the gate will be its connection with Hyundai.

While Ricciuto knows they might never truly walk away from the association with Hyundai, the primary goal at onset is to make it clear to consumers this is not your regular Hyundai.

To that end, it was revealed that Genesis would not share any components with Hyundai. All vehicles will also be built on platforms specifically designed for Genesis in a brand-specific factory in South Korea.

And not the more traditional luxury buyer, either.

“Those people are so used to working off their smartphones and iPads when they go to shop for a car… we think that bringing the car to them is a good option.

“It makes them feel more comfortable. And we have selected the best of those dealers to help move the needle with a modern approach to selling cars.” 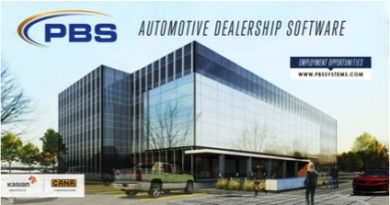