One of Ontario’s largest dealer groups is swapping its Saturn franchise for a new Kia dealership set to open in Burlington, Ont., early next month.

Leggat Auto Group says Kia Burlington, at the corner of Guelph Line and Fairview Street, is the first Kia store for the auto group that was started when Roy Leggat purchased his first store in Hamilton in 1922.

Formerly Leggat’s Saturn dealership, the new Kia dealership has managed to retain most of its employees and is expanding and hiring new staff.

“The most important aspect to any business is its people, and at Leggat Kia, we have some of the best,” says Paul Trimble, general manager. 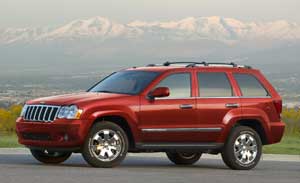 May 18, 2010 The Premier Publications Team Comments Off on Pricing announced for new Jeep Grand Cherokee