WINNIPEG, MAN. – About 200 people were in attendance for the official opening of the Dilawri Group’s new Crown Toyota Scion, Manitoba’s first Scion store.

The new store, located in the Manitoba Auto Mall in southwest Winnipeg, opened for business in early March.

The new $12 million, 40,000-square foot Crown Toyota Scion store took 18 months to build. It replaces the Dilawri Group’s 11-year-old, 17,000-square foot Sunshine Toyota facility (which is across the road from the new building) .

Using happy customers to up sales the DealerRater way

December 7, 2010 The Premier Publications Team Comments Off on Using happy customers to up sales the DealerRater way 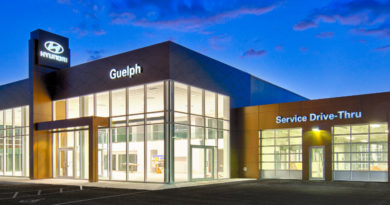