Deprecated: Methods with the same name as their class will not be constructors in a future version of PHP; CMBDWidgetCatWithNumber has a deprecated constructor in /var/www/canadianautoworld.ca/public_html/wp-content/plugins/cm-business-directory-pro/shared/classes/CMBDWidgetCatWithNumber.php on line 3
 Mazda announces Dealer of Distinction awards – Canadian Auto World

Mazda Canada today announced its Dealer of Distinction awards for 2012, honouring dealerships that have excelled in all areas of their dealership operations.

Established in 1993, the annual Dealer of Distinction awards emphasize the entire ownership experience by measuring the effectiveness of every Mazda dealership based on strict guidelines.

Dealerships are evaluated based on quantifiable data from all aspects of a dealer's operations such as sales, parts, service, administration, facilities and customer satisfaction.

“While all of our dealers deliver exceptional service, these dealers have achieved the prestigious Dealer of Distinction award for outstanding performance,” said Don Romano, president of Mazda Canada.

For 2012, the Dealer of Distinction recipients are:


“Each year we have continued to set the bar for the Dealer of Distinction award at a very high level, and we are extremely pleased to recognize these dealers on their achievement this year,” added David Klan, senior director of sales, marketing and regional operations at Mazda Canada.

The 2012 winning Dealerships will be recognized through advertisements in prominent national industry publications, unique representation on Mazda.ca and major social networking sites congratulating them on their achievement, as well as being presented with a commemorative award for display in their respective dealerships. 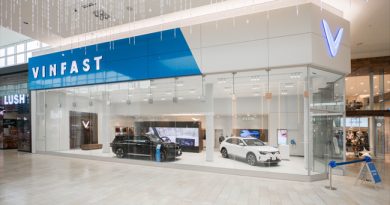 May 9, 2012 The Premier Publications Team Comments Off on New look for Manitoba’s oldest Ford dealership