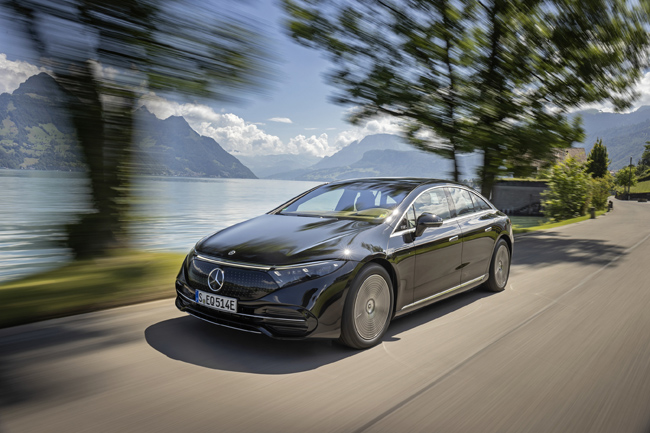 Mercedes-Benz Canada announced the Canadian arrival of the all-electric EQS 580 4MATIC to its Canadian dealerships.

The EQS 580 4MATIC is Mercedes-Benz’s answer to the industry’s long sought-after, all-electric luxury sedan. Boasting an output of up to 516hp, and 547 km of range (EPA testing), the EQS 580 4MATIC provides its customers with extravagance coupled with increased assurance for travelling long distances.

“This milestone signifies the beginning of the Mercedes-EQ era in Canada. We are excited for our customers from coast-to-coast to get behind the wheel of our groundbreaking all-electric luxury EQS 580 4MATIC sedan – the first of what will be an incredible lineup of Mercedes-EQ vehicles coming to our market. We look forward to continuing the hard work we’ve started with all of our dealer partners as we execute Mercedes-Benz Canada’s transition to ‘electric only’ in the years to come,” said Eva Wiese, president and CEO, Mercedes-Benz Canada.

As standard, the EQS 580 4MATIC comes with the MBUX Hyperscreen, with three displays merged seamlessly under a single 56-inch curved glass surface. Vehicles also come equipped with the latest generation of MBUX, which now offers an intuitive new zero-layer concept ensuring key applications are always at the top level of the screen so that the driver no longer needs to scroll through submenus or give voice commands to access commonly used applications.

The EQS also comes standard with a power tilt and sliding panoramic sun roof consisting of two modules that together form a large glass surface, resulting in a light and airy feeling in the interior. Additional thoughtful interior elements include leather seating surfaces, wireless smartphone integration, wireless charging in the front and an Acoustic Comfort package designed to quiet the cabin.