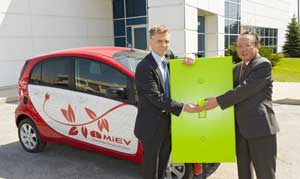 “This alliance would make Mitsubishi the first automobile company in Canada to bullfrogpower its head office with 100 per cent clean renewable electricity,” the automaker said in a release.

The automaker went on to say that as of Apr. 1, Mitsubishi would green approximately 175 MWh of electricity annually, reducing its electricity-related carbon emissions footprint.

This initiative, led by the Greater Toronto Airports Authority and Toronto and Region Conservation, is made up of a growing community of businesses working together to green their bottom line by creating an internationally-recognized Eco-Business Zone around Toronto Pearson International Airport.

In partnership with Bullfrog Power, Partners in Project Green recently launched the Green Power Challenge, encouraging businesses in the Pearson Eco-Business Zone to achieve a collective goal of greening 58,000 MWh of electricity.

“We have been working to reduce greenhouse gas emissions with governments and other organizations through our support of the i-MiEV Electric Vehicle,” said Koji Soga, president and CEO of Mitsubishi Motor Sales of Canada.

“Now we’re looking to reduce our electricity related emissions at our head office in Mississauga.”

Tom Heintzman, president, Bullfrog Power said that “by choosing clean, emissions-free electricity with Bullfrog Power for its head office, Mitsubishi is reducing its environmental impact, supporting the development of new renewable generation in Canada and raising awareness about clean energy choices available to homes and businesses across Canada.” 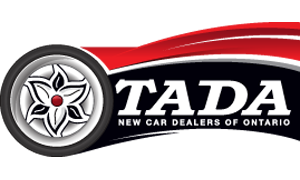