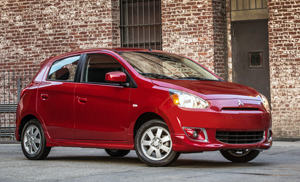 Mitsubishi Canada plans to grow its dealer presence clear across Canada by adding as many as 12 stores over the next five years.

The strategy, explained by Tony Laframboise, V-P of sales and marketing, will boost the number of rooftops from the current 88 to 100.     The company also hopes it will go a long way to increasing the company’s sales volume in the hopes of hitting its “high-water” sales goal of 20,000 annual units.

“The new 2014 Mitsubishi Outlander is off to a great start and the all-new Mirage will provide incremental volume as a fuel economy, price and warranty leader among subcompacts,” Laframboise said.

“We need to grow our presence in both Atlantic and Western Canada, but the Mitsubishi brand is admittedly underserved in key larger markets throughout Ontario. We’re working on it. On the flipside, Mitsubishi is enjoying a robust and growing market in the province of Quebec, which typically accounts for 40 percent of our national volume.”

This year has been an important one for the Japanese automaker. With an admittedly small lineup – it currently competes with just four nameplates including its low-volume electric i-MiEV – 2013 has seen the addition of a completely redesigned Outlander and the fall launch of its subcompact and fifth Canadian model, Mirage; this all while celebrating it’s tenth anniversary in the Canada.

The redesigned Outlander offered the first glimpse into how interested the company is in growing. Clearly designed for volume and loaded with optional safety and electronic goodies, the SUV has enjoyed some early success since it’s June launch. With the Mirage expected in dealerships in September and confirmation of the five-year dealer network strategy, it appears the automaker has high hopes for Canada.

“Mitsubishi Motors is very committed to the North American market. We’ve invested in our RVR assembly facility in Illinois, added a key Canadian parts distribution centre in Mississauga, grown our marketing footprint for better awareness, added employment and will continue to add new models filled with promise for growth and excitement in the marketplace,” the company told Canadian AutoWorld.

Growth for the dealer network is well-timed as dozens of Suzuki Canada dealers recently found themselves out of business.

Suzuki quietly told consumers this summer it would not be selling 2014 model year vehicles, instead ending sales with 2013 cars and SUVs.

Suzuki senior V-P Bill Porter said that despite automaker’s initial commitment to continue sales through to the end of the 2014 model year – a pledge made in late March following the news it would pull the plug on automotive operations in Canada – things have changed.

Although Suzuki head office in Japan was prepared to build 2014 Suzukis, the decision not to sell 2014 models came after discussions with the Canadian dealer network, Porter said.

Mitsubishi’s plan has already started rolling with the recent appointment of North Vancouver Mitsubishi, a point it considers a “prime market area.” The automaker has also added another dealership in British Columbia’s Fraser Valley.

Even Prince Edward Island is included in the plan, Laframboise added, for a “truly national presence.”

Existing stores making the switch will have to commit to adhering to the Mitsubishi brand image program for the exterior and key consumer touch points inside the dealership. When asked how much it would cost, he said there were many variables to consider noting it was hard to put a precise number on it.

“It’s fair to say that our brand is a key part of our success in Canada and we believe Mitsubishi dealerships should meet the requirements of the market to allow the dealer to be profitable while meeting customer expectations for service and facility,” he said.

From January to the end of August this year Mitsubishi sales were up nearly 10 per cent with 14,416 units sold in 2013.

The automaker said it has taken steps to improve Mitsubishi’s brand awareness through increased marketing, especially around its unmatched 10-year warranty.

When asked about new product, he revealed there were several plans in place but that customers will have to stay tuned.

“We’d prefer to keep them under wraps for now.” 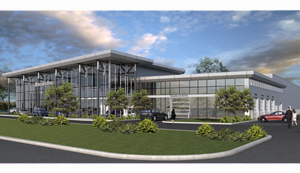