WINNIPEG, MAN. – The fallout from a CBC investigation into 10 Winnipeg-area car dealerships has begun as an executive with the Manitoba Motor Dealers’ Association told media this week that customers who were forced to pay fees beyond the advertised price should be entitled to a refund.

The call from MMDA executive director Geoff Sine comes a day after CBC’s I-Team revealed the results of an investigation into 10 new car dealerships. The media outlet secret shopped the stores to determine if the province’s consumer protection legislation, which includes stating the total price, including all additional charges except the PST and GST in advertising, was being adhered to.

As of June 1, 2015, all advertised pricing in Manitoba had to state the total price ply all additional charges minus PST and GST.

The CBC expose revealed that most shoppers were told the fees were not optional.

“The investigation found that four out of five Birchwood salespeople and all three Gauthier salespeople added extra fees ranging from $599 to $1,799 to advertised prices,” CBC reported.

Salespeople at both of the Vickar stores – Vickar Nissan and Vickar Chevrolet – followed the law and did not charge any additional fees.

The response has been swift at the Birchwood Group as company president Steve Chipman announced this week that all 135 Birchwood salespeople and their managers would complete training and re-education to ensure compliance with the legislation.

Chipman, who hasn’t responded to a request from Canadian AutoWorld, told the CBC in an email, “we will learn from our mistakes so we can better serve the buying public.”

Still, a day later, Sine said consumers who have been charged additional fees in the previous 15 months should go back to the dealership or contact the Consumer Protection Office.

“If they’ve said something is non-negotiable and forced it on a consumer, beyond the advertised price, then the consumer should be getting that money refunded,” Sine told CBC.

The MMDA has not release an official statement on the matter, but a link under the news section on its website dated Sept. 12, 2016 takes users directly to the New Motor Vehicle Advertising and Information Disclosure Legislation.

– with files from CBC 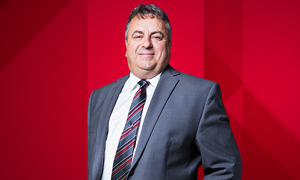 Shift the sale of your dealership into high gear

December 18, 2015 The Premier Publications Team Comments Off on Shift the sale of your dealership into high gear