The company behind the Reviewsii, Tradesii and a slew of other digital solutions is broadening its product suite with a unique new product aimed at cutting costs for dealers.

Called AutoVerify, it is a digital disclosure tool from Mobials that will allow dealers to check whether a vehicle has been in an accident or not without having to run a vehicle history report.

Mobials co-founder Marty Meadows said the company is beta testing the product now and looking for Ontario dealers – franchise and independent – to participate in the pilot.

“This is aimed at helping dealers with one of their biggest pain points, reducing their costs,” Meadows said.

According to Mobials co-founder and CEO James Hayes, dealers can simply punch in a VIN and AutoVerify will return an answer of either yes or no depending on whether the vehicle has been in an accident.

If the answer is yes, the dealer can then go on to pay for the VHR to find out the details.

Mobials executives said they are pulling the accident info from “numerous data sources” but would not elaborate further, noting the idea is to reduce spend and help dealers make the right decision when buying cars at the auction and valuing trade-ins.

AutoVerify marks the latest departure for the Mobials team, which has broadened its portfolio tremendously in recent months. The company, which built a name for itself as a software development company focused initially on the world of customer reviews in the automotive space, has grown the product suite in automotive and beyond.

While AutoVerify slots in with the other Mobial’s automotive solutions – Reviewsii, Tradesii, Credsii, etc. – the company has also recently expanded to real estate valuation with HomeProof and the B2C market at large with the referral program dubbed RecoWell.

Still, Meadows insisted they continue to have a keen focus on the automotive market and that AutoVerify is just the latest effort to showcase that dedication.

“We know how competitive the retail landscape is right now. Margins are compressed on both new and used. If you could find something that could help expedite one area of your business, help you make the right inventory decisions and save you money, why not take it?”

Any Ontario dealers interested in exploring ways to reduce costs are encouraged to sign up for the AutoVerify pilot at www.autoverify.com.  Registration for the pilot will only be open until April 30.

The company will also be showcasing AutoVerify for Ontario dealers at this week’s ACE Convention in Niagara Falls. 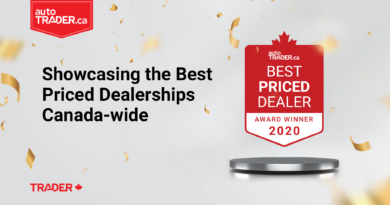