A new study is suggesting that while desire for personal transportation remains strong, more than a third of people surveyed said they would not own a car if they didn’t have to.

The implications of that sentiment, along with increased usage in ride-sharing programs could have some profound affects on future mobility and, ultimately, dealership profitability.

The stats come from the second annual Mobility Study from James Carter of Vision Mobility and Dave Fish from CuriosityCX. The pair surveyed 1,000 adults across the U.S. in October 2017 and will release their full via a webinar planned for Nov. 28 at 2 p.m. EST.

“As we move into further towards the age of new mobility, we are seeing an increased desire to investigate new technologies in vehicles, especially with older people, and a much greater focus on new types of transportation, such as ride hailing,” he told Canadian AutoWorld.

The study revealed that use of ride hailing services like Uber and Lyft increased five per cent while those who had used a cab/taxi or limousine service dropped seven per cent.

“We were also interested to see that the desire for personal transportation remained strong. Despite this, more than 1/3 of those surveyed said they would not own a car if they didn’t have to, suggesting personal transportation on a shared ownership or service basis will be a strong player in our future mobility,” Carter noted.

“This is a really significant insight for dealers, suggesting that new sales models such as subscription and pay per use will have a big future.” 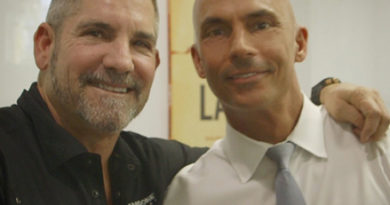